Priyanka Will Definitely Give PM Modi A Tough Challenge If She Fights From Varanasi, Says Robert Vadra 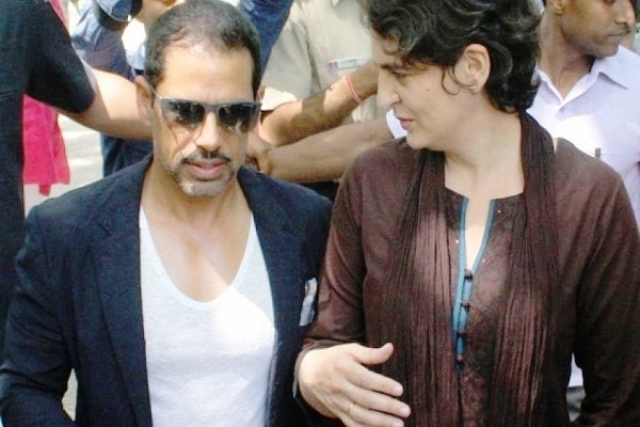 Congress general secretary Priyanka Gandhi Vadra’s husband Robert Vadra has said that his wife is a hard working person and that people see an agent of change in her, reports Times of India.

According to the report, while speaking to media persons, Vardra gave affirmative response when asked if his wife would be a good candidate against Prime Minister Narendra Modi.

“She will work hard. People want change and they see it in her and Rahul Gandhi,” Vadra was quoted in the report as saying.

To questions about possibilities of Priyanka Gandhi contesting against Prime Minister Narendra Modi, he said, "she will definitely give him a tough challenge if she fights from Varanasi because people see their happiness in her,” as reported by NDTV.

As per the report, when Vadra was asked about ongoing elections and their outcome, he said, “The results would be in our favour, for change. Everybody is angry and looking for change. It is the need of the country.”

Responding to a question on Bharatiya Janta Party leader Smriti Irani’s challege in Amethi to his brother-in-law and Congress chief Rahul Gandhi, Vadra said, "She is not going to give any tough challenge to Rahul Gandhi. They only spread rumours and falsehoods," as reported by NDTV.