Proposal To Enhance NHAI Powers To Speed Up Bharatmala Programme 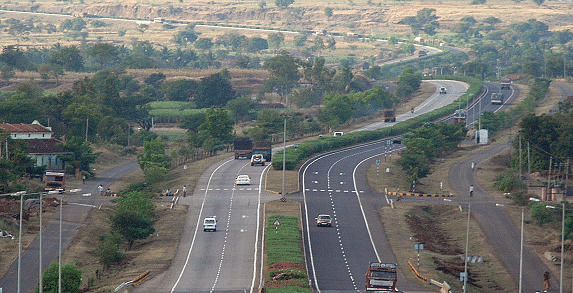 The National Highways Authority of India (NHAI) will get powers to approve projects with a construction cost of more than Rs 1,000 crore under a new proposal aimed at speeding up a mammoth highway project.

A top road transport and highways ministry said NHAI powers would be enhanced for the faster implementation of the Bharatmala programme, which envisions 44 economic corridors in the country.

“We wouldn’t be required to go to the Cabinet for every project. The NHAI board would be empowered to approve all engineering procurement and construction and hybrid annuity projects,” the official said.

At present, all highway projects that entail a construction cost of more than Rs 1,000 crore, excluding land, need to be approved by the Cabinet Committee on Economic Affairs (CCEA). Under the proposal, only public private partnership (PPP) projects under the build-operatetransfer (BOT) model, where viability gap funding (VGF) is to be provided by the government, will need CCEA clearance.

The programme along with the proposal to enhance NHAI’s powers, is likely to get Cabinet clearance soon, said a report in the Economic Times.

The Bharatmala corridors have been mapped based on traffic density and economic relevance of the cities that will be connected with the help of the Bhaskaracharya Institute for Space Applications and Geo-informatics. The project, involving the construction of 24,000 kilometres of new highways, is aimed at speeding up cargo movement and the development of multimodal logistics hubs and parks on the periphery of major commercial centres.

The project includes construction of feeder routes alongside national highways. Around 80 per cent of Bharatmala will be based on a government funded, engineering procurement and construction (EPC) model while the rest will be a hybrid-annuity public private partnership.