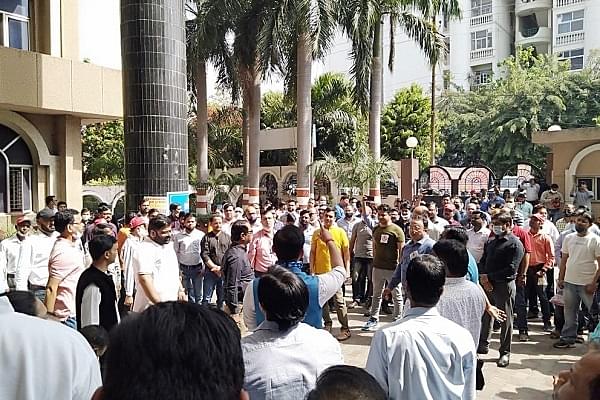 Public Sector Bank (PSB) Unions have threatened an indefinite strike over the privatisation of PSBs in case of adverse announcements like loss of jobs or pensions, Moneycontrol has reported.

The United Forum of Bank Unions (UFBU) has alleged that bank employees may be pressurised to take VRS and that privatisation poses a larger threat to employees in the clerical cadre.

"In case the scheme is detrimental to employees, we will go on indefinite strike unless such measures are rolled back", All India Bank Employees' Association General Secretary C H Venkatachalam.

The report claims that employees are seeking more clarity over the matter, with some claiming that the structure of a private job will be difficult for many to adjust, who had joined to enjoy the benefits of a public sector jobs.

Finance Minster Nirmala Sitharaman though has assured the bank employees that their interests will not be hurt in the privatisation drive.

Central Bank of India, Bank of Maharashtra, Indian Overseas Bank and Bank of India are a few PSBs that are rumoured to have been recommended for privatisation by the NITI Aayog to a high-level committee headed by Cabinet Secretary Rajiv Gauba.

Union Finance Minister Nirmala Sitharaman declared in her Budget speech earlier this year that the central government has set a disinvestment target of Rs 1.75 lakh crore in the current financial year.

Two PSBs and a solitary general insurance company are proposed to be privatised to meet this objective.

It has been speculated that recently merged banks like Bank of Baroda, Punjab National Bank and India's largest bank SBI are not going to be affected by the planned privatisation drive.