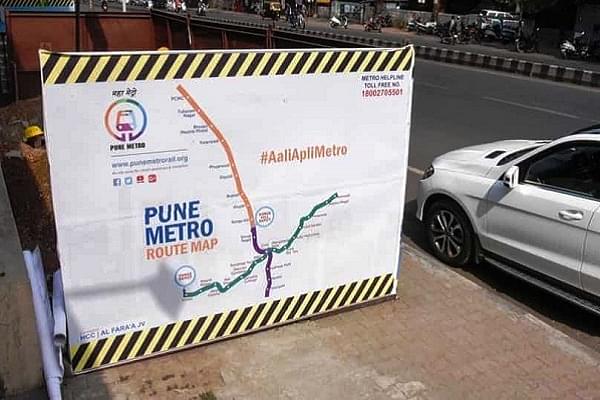 Maha Metro Officials are unable to find sponsors for metro stations after drawing a blank from the city’s corporate sector over joining the project, the Indian Express reports.

Over a year and a half ago, the Maha Metro officials had invited corporates to become a sponsor for metro stations on the Pimpri-to-Swargate corridor, following which they would have been named after the firm. However, the body which is implementing the plan has still not received any response from them.

Brijesh Dixit, managing director of Maha Metro, said that besides naming stations over the corporate house, they would ensure that architecture and design resemble the brand which agreed to sponsor for ten or more years. Further, the proposed stations would provide easy access to the employees of the firm.

The spokesperson for Maha Metro, Hemant Sonawane said, “Though we had written to the corporates more than one-and-a-half-year ago, there has been no response so far.” However, he is confident that corporates will come forward during meetings, once the three stations, which are currently work in progress start to take shape.

There will be six metro stations in between Pimpro and Dapodi an official said while adding that they have urged various corporates on the route to sponsor the project.

A Metro official said that the cost of naming the metro station, which is set at Rs 60 crores, is not a likely reason preventing companies from coming forward. The official acknowledged that while adding the price can lower, companies should come forward first.