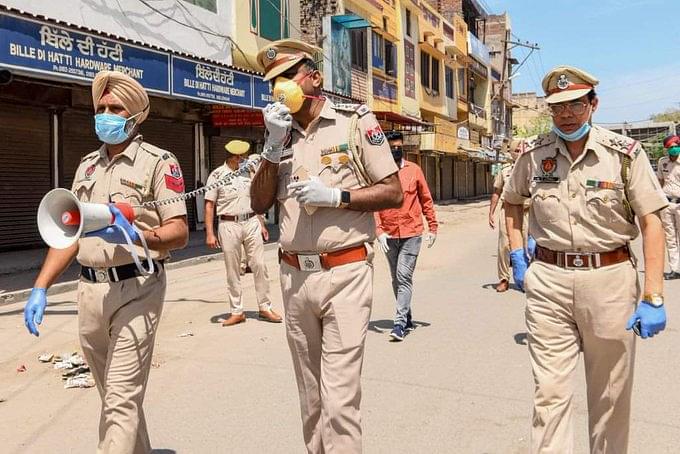 At least nine people have been arrested so far in connection with the brutal attack on an ASI and chopping off his hand in Punjab’s Patiala on Sunday (12 April), ANI tweeted attributing Senior Superintendent of Police (SSP) Patiala Mandeep Singh.

Singh also informed that many weapons including guns and petrol bombs were also recovered.

9 persons have been arrested till now in connection with the attack in which a Punjab ASI's hand was chopped off in Patiala earlier today. Weapons including guns and petrol bombs have been recovered: Mandeep Singh, SSP Patiala pic.twitter.com/eX3VfVqUHq

In a bloody clash earlier today, a policeman’s hand was chopped and two others got grievous injuries when a group of people allegedly attacked them in Punjab's Patiala city on being asked about curfew permission, police had said.

A group of five armed Nihangs, who were travelling in a vehicle, were asked to stop at a vegetable market in Patiala.

"They were asked to show the curfew pass. They got angered and in retaliation they attacked police personnel and government employees deployed there with sharp-edged weapons," a police official said.

An Assistant Sub-Inspector's hand was chopped off, while two others sustained multiple injuries.

After the incident they fled to nearby Gurdwara Khichri Sahib. After an initial standoff, the police arrested seven of them, include the one who was injured in police firing, reported The Tribune. Out of the seven, five were involved in the attack on policemen.