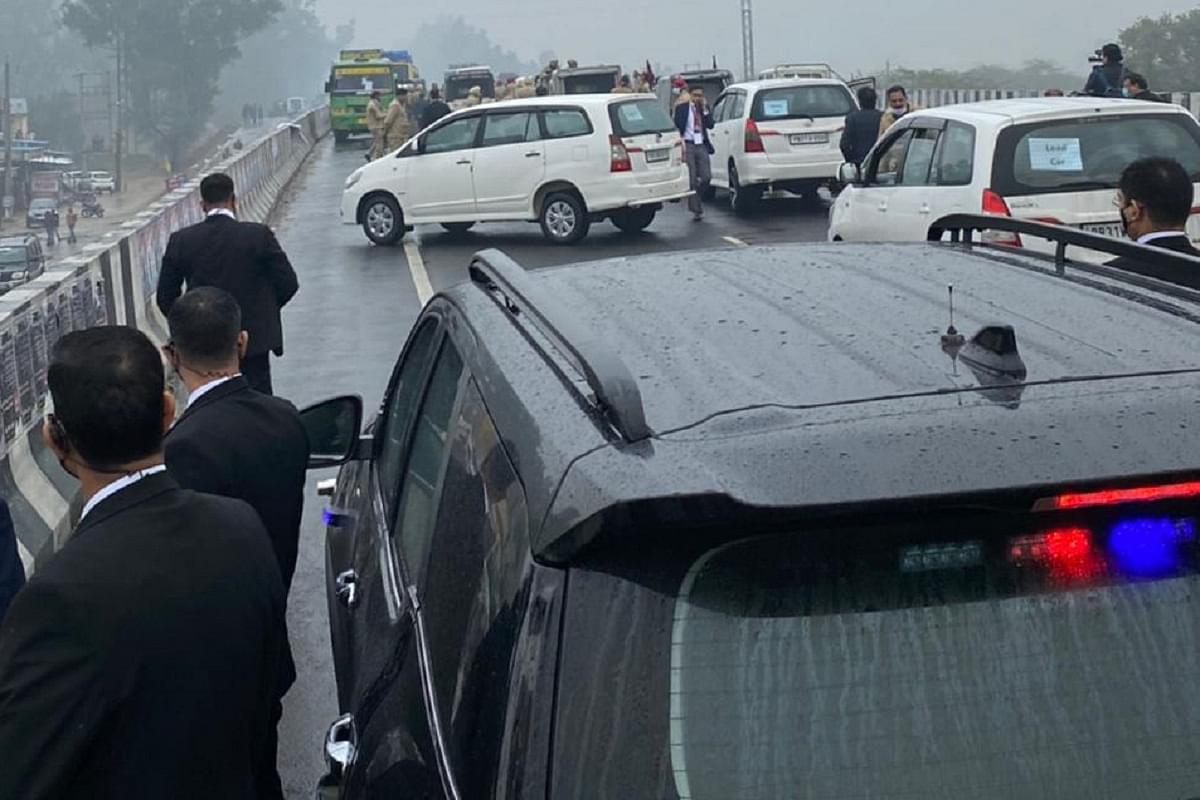 Modi, who was travelling by road in Punjab, was stuck on a flyover for 15-20 minutes due to blockade by some protesters, an incident the Union Home Ministry described as a 'major lapse' in his security.

In a statement, the Home Ministry said after the 'major security lapse' in the Prime Minister's travel in Punjab, his convoy decided to return.

The ministry also asked the Punjab government to fix responsibility for the lapse and take strict action, the statement said.

Speaking to the people gathered at the rally in Ferozepur, Mandaviya said, 'The prime minister wanted to meet you all but because of some reasons he is not going to be with us today. The PM has said that these programmes (inauguration) have been postponed and not cancelled.'

PM Modi's reported statement to officials was meant to be sarcastic as ensuring the security of the Prime Minister in the state was Punjab government's responsibility and it failed to do so.

The Prime Minister was scheduled to lay the foundation stones of development projects worth over Rs 42,750 crore, including the Delhi-Amritsar-Katra expressway and a PGIMER satellite centre.