Quiet Efforts Help Restore Destroyed Buddha In Pakistan, Thanks To A Team From Italy 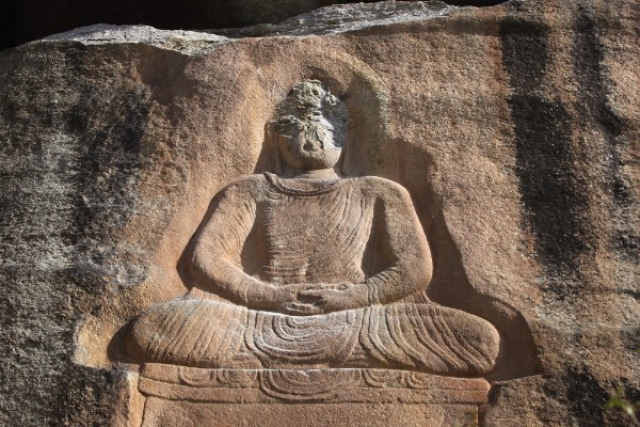 The Buddha of Swat, a valley in Pakistan which has seen enormous bloodshed after a terrorising Taliban took control of the area in 2007, is now slowly seeing signs of a revival, thanks to a team from Italy. The seventh century carving was dynamited by the Pakistani Taliban in 2007, after it killed several thousand people and displaced over 1.5 million, says a report in Times of India.

The Buddha is located atop a hill in Jahanabad, an epicentre of Swat Buddhist heritage, in the mighty Himalayas. The Italian government has been silently working to preserve the Buddhist heritage of the region along with the local government, as the latter is now hungry for tourist-dollars.

A decade ago, the Taliban terrorists climbed atop the Buddha and planted explosives, which only partially destroyed the rock carving. Another small fresco, was, however, blown to pieces.

Parvesh Shaheen, a 79-year-old expert in Buddhism in the area, described the horrendous act of terror as ‘the killing of a father’.

While Parvesh talks only of peace, harmony and brotherhood, his fellows in the area do not necessarily speak the same language. Many of them still subscribe to a hateful brand of ideology that calls any form of art or culture blasphemous.

Like their Afghani counterparts, the Pakistani Taliban terrorised local residents of Swat valley for years, banning all forms of art and culture, and forced women to wear burqas.

However, the area was finally liberated in 2009 when the Pakistani establishment intervened.

The Swat area is considered holy, especially to the adherents of the Vajrayana School of Buddhism.