‘Quran In One Hand, Kalashnikov In Another’? Large Cache Of Arms Recovered From Bijnor Madrasa In UP 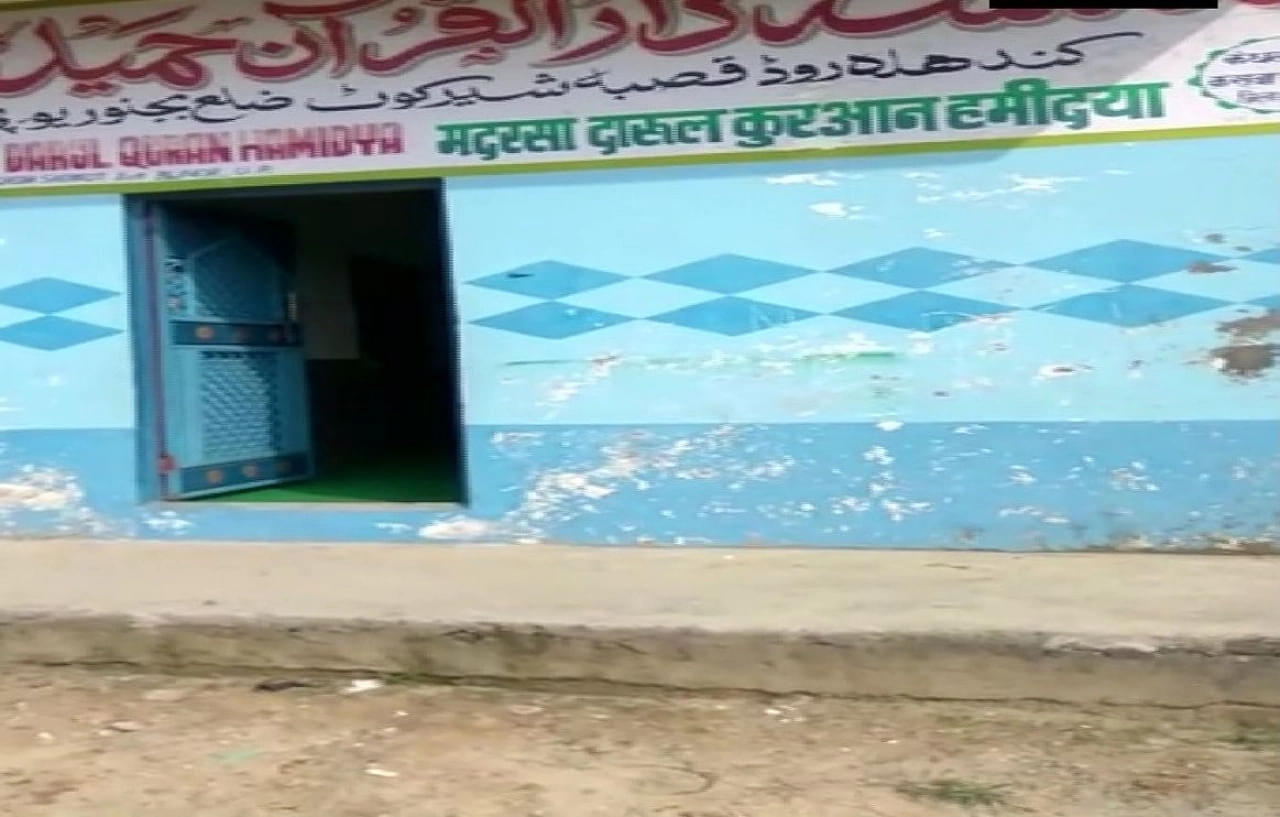 Bijnor Madrasa which was raided by the police

A large cache of arms was recovered during a police raid on a Madrasa in Uttar Pradesh’s Bijnor, following which six people including a madrasa teacher were arrested, India Today has reported.

While carrying out a raid at the Darul Quran Hamidia madarsa in the city’s Kandhla road, the police recovered three country-made pistols, a 32 bore pistol and a large number of bullets, as per Circle Officer (CO) Kripa Shankar Kannaujia. The weapons were reportedly hidden inside medicine boxes.

The accused were taken into custody for interrogation, one of which is believed to be a teacher at the seminary and hails from Bihar and another is said to be the Madrasa convener.

As per a Navbharat Times report, the accused have been identified as Mohammed Sajid, Fahim Ahmed, Zafar Islam, Sikandar Ali, Mohammed Shahid and Azizureheman.

Later on, the police also raided the residence of a local tantrik but did not find anything substantial.