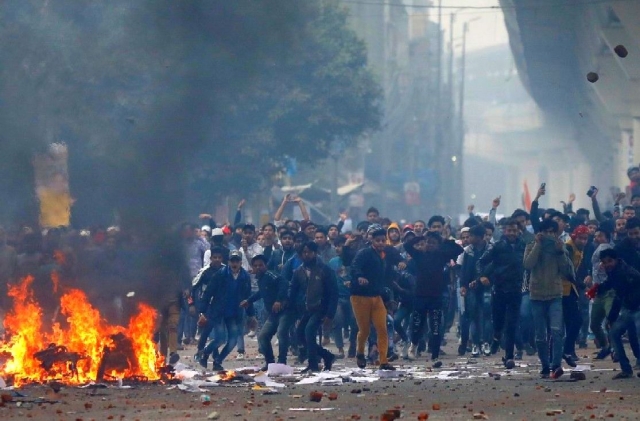 "Danish was the head of the Counter Intelligence Wing of PFI and has been actively participating in the anti-CAA protest across the city," sources in the Delhi Police Special Cell said.

Sources further claimed that his arrest has given clues regarding the Information war by the Popular Front of India (PFI).

The FIR related to the protest was filed by the Crime Branch but since the larger conspiracy regarding the Delhi riots is being probed by the Cell, the matter has been transferred to them.

Delhi Police Special Cell had on Sunday arrested a Kashmiri couple from Okhla for alleged links with Islamic State (IS) Khorasan module.

The couple have been identified as Jahanjeb Sami (husband) and Hinda Bashir Beg (wife). The police have seized some objectionable material from them and were interrogating them.

When asked about the couple, the sources said, "Officers of CERT-In are analysing the Eight Mobile phones and Laptop of the couple to question them further."

The couple being an active member of IS (J&K) was operating from the Valley but later shifted their base to Delhi post internet clampdown.