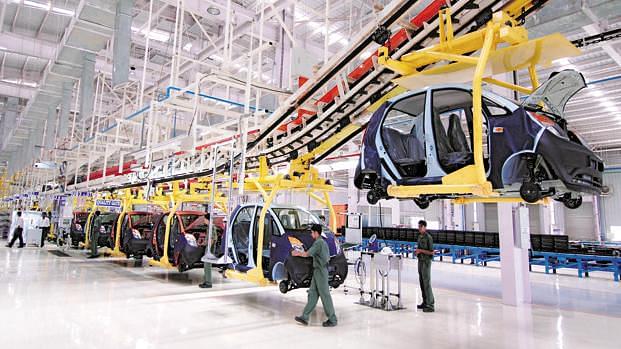 Gandhi also asked who should be held accountable for the money becoming "ash".

The Congress ‘president-in-waiting’ has reportedly been saying that the Gujarat government had offered "benefits" worth Rs 33,000 crore to the car project in Sanand in the Ahmedabad district of Gujarat. Sanand also houses manufacturing facilities for Ford and PSA Peugeot Citroën.

Gandhi is currently campaigning in poll-bound Gujarat, which has seen only Bharatiya Janata Party governments since 1995.

The report said that the average daily production of Nano cars at the Tata Motor's Sanand plant had come down to "just two". However, sources did say that the demand for the Nano was primarily from the taxi segment and that Tata had not stopped production of the car altogether.

The Tata Nano is expected to make its comeback in the form of an electric vehicle called the Jayem Neo. Manufactured by Coimbatore-based Jayem Automotives, Tata will supply the body – sans the engine and transmission – while the rest of the components will be manufactured by Electra EV.

Gandhi has attacked the Nano factory in Sanand multiple times during the last month, making claims such as not seeing a single Nano on the streets of Gujarat and asking if the children of local residents got jobs in the Tata plant.

However, despite the slowdown in Nano sales and production, the Sanand plant hasn’t stopped manufacturing cars altogether. It continues to manufacture other cars with more than 6,200 units of the Tiago and 2,300 units of the Tigor being assembled every month.

Also Read: The Legendary Tata Nano Might Make A Comeback As An Electric Vehicle