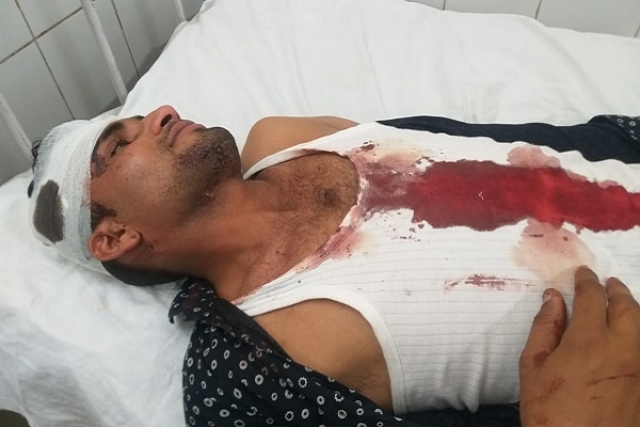 Three cops were injured in Rajasthan’s Tonk after they were attacked by a large mob in the town’s Kasaai Mohalla while enforcing nationwide lockdown.

As per an Aaj Tak report, a police team was patrolling Covid-19 affected minority dominated areas when it was surrounded by a large mob and attacked with swords and sticks.

Patrika has reported that a large crowd gathered in the Kasaai Mohalla despite the lockdown orders and the cops arrived at the scene to disperse them. The crowd though refused to cooperate and launched an attack when the cops began to strictly get their word across.

A Times Now report has claimed that the cops were also pelted with stones. This attack resulted in injuries to three police personnel. A backup force was soon rushed to the scene and the injured cops were admitted to a hospital.

One of the cops who was injured told the media that while taking action against a lockdown violating youth, other bystanders mobilised a mob and soon 100-150 people arrived at the scene to launch an attack.

A case has been registered in the matter and 12 people have been detained.