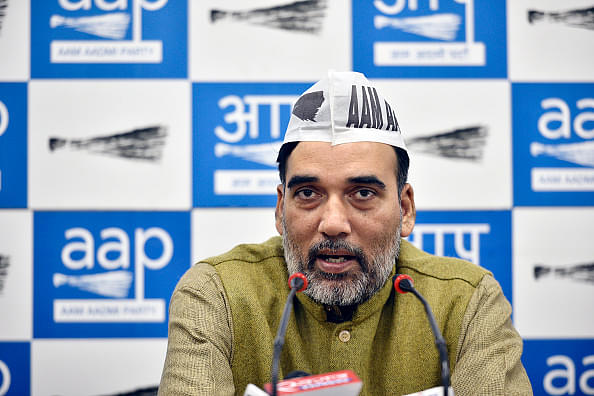 Aam Aadmi Party (AAP) Delhi unit’s convener Gopal Rai on Monday (24 December) came down heavily on Youth Congress workers for ransacking its party office in central Delhi’s DDU Marg and has threatened that the ‘action could lead to a reaction’, reports Financial Express.

Rai pointed out that the police had acted as ‘mute spectators’ to the violence that took place on Sunday (23 December), but nonetheless, stated that his party would file a police complaint against the miscreants.

“Its a very heinous act. Such action could lead to a reaction. We will file an FIR against ransacking of our office by Youth Congress,” Rai announced at a press conference.

The violent episode began when Youth Congress workers gathered outside the AAP office to protest against a resolution passed in the Delhi Assembly which had demanded that former prime minister Rajiv Gandhi be stripped of his Bharat Ratna. Congress leader Ajay Maken was also present at the demonstration.

Rai rejected the prospect of an alliance with the Congress, stating, “There is anger against BJP all across country. In Delhi, we are capable of discharging this responsibility (defeating BJP). We have started preparations on all seven seats.”

He also reiterated his party’s stance on the controversial resolution, calling the part about the withdrawal of the Bharat Ratna an ‘individual idea’ of a member of the Assembly. “It was an amendment that was not voted prior to passage of the entire resolution in the House, Speaker of the House has already clarified it,” he explained.

Even so, Rai remarked that the Congress was ‘guilty’ of the violence that took place in the anti-Sikh riots in 1984.