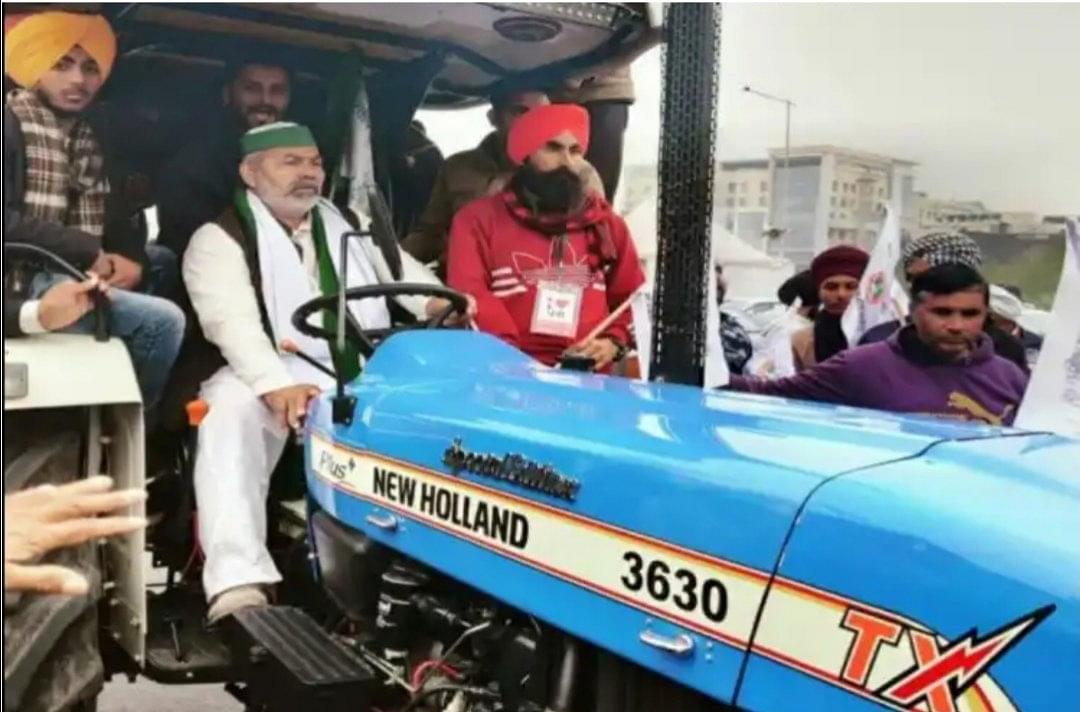 After yesterday’s Farmer tractor rally in Delhi turning violent, Bharatiya Kisan Union leader Rakesh Tikait had blamed “anti-social elements”. He claimed that it was due to the Delhi Police’s ‘actions’ that some antisocial elements entered the parade and caused the violence.

The BKU national spokesman in a statement also alleged that the Delhi Police had wrongly placed barricades at some places of the pre-decided routes of the parade “to intentionally to misguide farmers", adding that because of this, farmers on tractors went astray.

This gave antisocial elements the opportunity to enter the tractor rally, he claimed.

Tikait said that BKU believes in peaceful protests and urged protesting farmers to keep themselves away from violence. The coordination committee members of the parade will look into the reasons behind the violence, he added.

However, a video going viral on social media hints that the violence might have been pre-planned.

In the video, Tikait can be heard as telling the protesting farmers that the government is playing hardball (“zyada kaidi pad rahi hai sarkar”) and the farmers need to be armed with sticks (“lathi-danda”) in the rally.

He asks the farmers to come together to “save their lands” and that their land ownership is in danger now.

Explaining his comments on the video, Tikait told ANI, “We said bring your own sticks. Please show me a flag without a stick, I will accept my mistake".

In the violence caused by the farmer rally, over 100 police personnel were injured as well public property was damaged. Many routes, Delhi Metro stations, Connaught Place had to be closed down. Additional paramilitary forces were deployed and internet access was restricted in several areas. Today also, several routes remain closed.

After the widespread violence Swaraj India president Yogendra Yadav said that he felt ‘ashamed’ of the way the tractor parade by farmers had turned out. "Being a part of the protest I feel ashamed of the way things proceeded and I take responsibility for it,” he said.