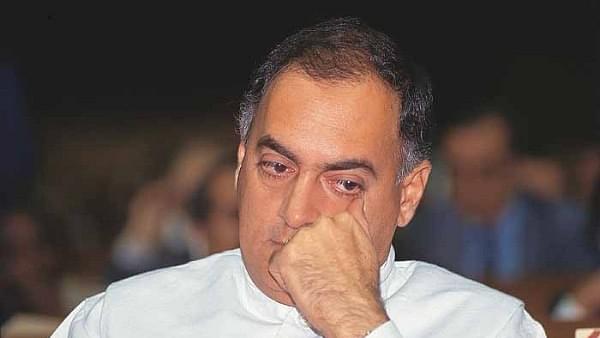 Former Prime Minister Rajiv Gandhi was killed by the LTTE.

The Supreme Court has left it to the Tamil Nadu Governor to take a decision on a mercy petition filed by one of the convicts in the Rajiv Gandhi assassination case. An apex court bench headed by Justices Ranjan Gogoi, Navin Sinha and K M Joseph gave this ruling while disposing of a petition from the Centre on its proposal for the release of the convicts to a petition filed by the Tamil Nadu Government.

A Bench of Justices Ranjan Gogoi, Naveen Sinha and K M Joseph disposed of the Centre’s petition on a proposal for the release of the convicts in the case filed by the Tamil Nadu government. The bench was also accepting the contention of the seven convicts in this case saying the Tamil Nadu government should consider its petition for remission under Article 161. The convicts, including Perarivalan, argued that they had moved the State in December 2015 after the Centre rejected their appeal for remission.

On 10 August, the Centre told the bench that it opposed the Tamil Nadu government’s proposal to release the seven convicts - Perarivalan, Murugan alias V Sriharan, Santhan alias T Suntheraraja, Jayakumar, Robert Payas, P Ravichandran and Nalini. It argued that remitting their sentences would set a dangerous precedent and have global ramifications. The seven were involved in the assassination of a former prime minister through a carefully conceived plot that was executed by a foreign terrorist organisation.

Political parties in Tamil Nadu found the ruling convenient to push their political agenda by demanding the release of all convicts.

On 21 May, Rajiv Gandhi was killed in a blast set off by a human bomb, ‘Subha’, at Sriperumbudur, some 60 km from Chennai. All the seven convicts were handed death sentence along with 19 others by a Terrorist and Disruptive Activities (Prevention) Act (TADA) court. In 2000, the Supreme Court upheld the death sentence to Perarivalan, Santhan, Nalini and Murugan while commuting the others’ sentence to life imprisonment. Nalini’s sentence was commuted to life term in April 2000 on an appeal from Sonia Gandhi. However, since the death sentences were not carried out for the remaining three for over 11 years, the Supreme Court commuted their sentences, too, to life term in 2014.

The convicts have been arguing that they have spent over 25 years in prison and there was no purpose in holding them behind bars any longer. Perarivalan has argued that a probe team formed after the report of the Jain Commission into Rajiv Gandhi’s murder has not been completed till now with the real conspirators yet to be traced. In these circumstances, it was not justified to keep him in prison. In August 2011, the Tamil Nadu Assembly passed a resolution seeking clemency for the killers. However, the kin of the 15 persons, including police, who died during the blast are opposed to any remission of the prison terms for the convicts.