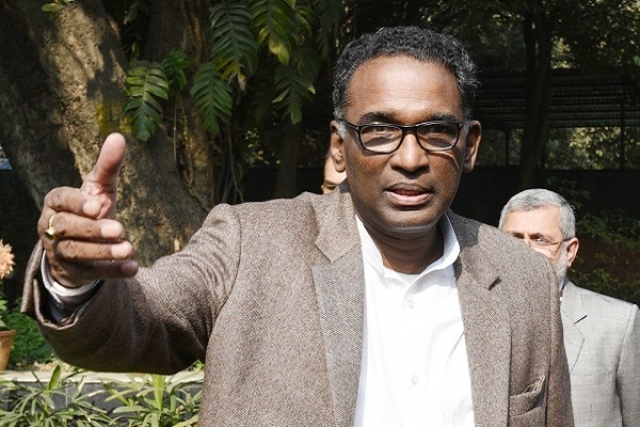 The organisation claims to act as a platform for people to contribute towards advancement of “progressive politics” in the country.

The event named, “India’s democracy is in danger” scheduled on 2 November will be hosted by Congress spokesperson Sanjay Jha, where he will be in conversation with the retired judge.

Earlier this year (2018), Justice Chelameswar was among the four senior judges of the Supreme Court along with Ranjan Gogoi, Madan Lokur and Kurian Joseph, who went public with their allegation that the then Chief Justice of India (CJI), Dipak Misra, was cornering too much power, when he was merely “first among equals”.

Other allegations made included throwing dark hints that the country’s top judicial officer may himself not be above board in matters of probity.

In another instance, Justice Chelameswar addressed a letter to all the judges of the Supreme Court, taking exception to the Union government’s direct approach to the Karnataka High Court Chief Justice, Dinesh Maheshwari, for probing an allegation of sexual harassment against the district and session judge Krishna Bhat.

Bhat’s name has been recommended by the Supreme Court collegium for elevation to the high court, and Justice Chelameswar has found fault with the Centre bypassing the collegium while seeking a probe against Judge Bhat.

Justice Chelameswar also had written to the then Chief Justice of India (CJI) TS Thakur that he will not be participating in the collegium’s future meetings due to its lack of transparency and failure to record its proceedings.

Chelameswar also consistently advocated collegium being not the best way to select and appoint judges to the upper judiciary. He also wrote the lone, but eloquently argued, dissenting note in the National Judicial Appointments Commission (NJAC) case where the majority opinion was to scrap it.

Incidentally, there have been past instances where retired judges have forayed into politics.