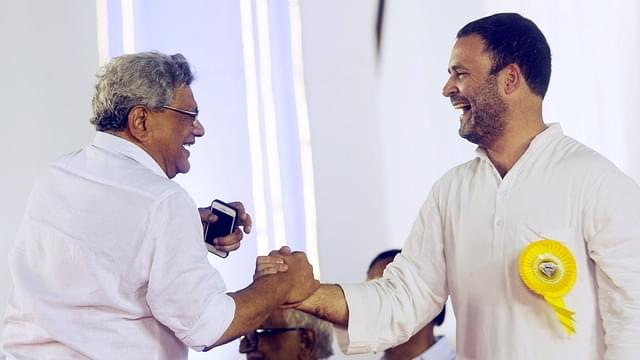 A civil court in Thane has issued summons to Congress president Rahul Gandhi and Communist Party of India (Marxist) leader Sitaram Yechury in a civil suit filed by an Rashtriya Swayamsevak Sangh (RSS) member alleging that the two committed defamation when they made comments linking the organisation to the killing of journalist Gauri Lankesh, reports India Today.

The suit was initiated by RSS member Vivek Champanerkar, a native of Thane. Champanerkar’s suit contends that the organisation was defamed by the two opposition leaders who tried to link it to the Gauri Lankesh murder in 2017.

Following the murder, Gandhi has posted on Twitter, “Anybody who speaks against the RSS/BJP is attacked and even killed. They want to impose only one ideology which is against the nature of India".

Similarly, Yechury had also made such a connection between the RSS and the murder while addressing media persons.

Two prayers have been sought from the court in the suit: firstly, that an injunction be issued to Gandhi, Yechury and their respective party workers barring them from making remarks against the RSS whenever a discussion on the Gauri Lankesh case takes place, and secondly, that an amount of Re 1 be paid as compensation for the offence of defamation.

The counsel for Champanerkar explained the reasoning behind the miniscule compensation amount sought, stating, "RSS is a social organisation and it is being defamed by these comments. That is why we are only seeking nominal compensation just to make these people understand that no one should defame RSS."

Till now, there has not been any investigation or judicial inquiry which has drawn a connection between the RSS and the Gauri Lankesh murder, added Mishra.

Gandhi and Yechury have been directed to appear for a hearing at the court on 30 April.