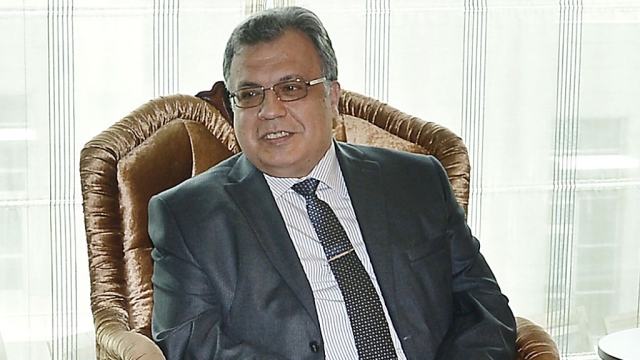 Russian ambassador Andrey Karlov was attacked by unidentified gunmen late Monday in Ankara. Karlov was shot with a gun while making a speech at a painting exhibition in the Turkish capital, the Russian embassy said, adding it believed that it was a radical Islamist attack.

The attack comes a day before Turkish Foreign Minister Mevlüt Cavusoglu heads to Moscow for talks on Syria with his Russian and Iranian counterparts. Meanwhile, private broadcaster NTV said three other persons were also injured in the attack.

The attacked has been shot dead by the Turkish police.

First time a Russian Ambassador has been killed since 1829, Persia.

The attacker shouted about Aleppo and Syria. Below is the video of the attacker and the translation of what he is supposedly shouting.

Moment of shooting of the Russian ambassador #breaking pic.twitter.com/F0G6z5r4Le

@barinkayaoglu says the shooter is speaking in Turkish. He tweeted the translation: