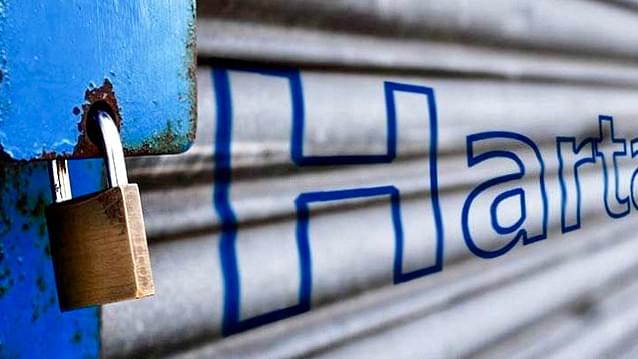 Following the news of two women in their forties entering the sanctum of Sabarimala, tension has started brewing in the state of Kerala. The Sabarimala Karma Samiti declared a state-wide harthal from 6 am to 6 pm.

The Financial Express has reported violent clashes at the state secretariat. This happened when the women’s wing of the BJP, Mahila Morcha staged a protest in front of the secretariat demanding a meeting with Chief Minister Pinarayi Vijayan.

However, the situation, as FE reports, turned gruesome as the ruling party CPI(M) and BJP workers clashed and reportedly started pelting stones at each other. The police had to employ water cannons to disperse the violent crowd and burst teargas shells as well.

The protests turned intense in various other parts of the state, such as Malappuram, where Pinarayi Vijayan's effigy was burnt. Many buses owned by the state transport corporation were reportedly vandalised in Pathanamthitta district (where Sabarimala is situated).

Opposition parties including the Congress and BJP had strongly condemned the act of the entry of the two women, which violates the centuries-old tradition of Sabarimala. They had also slammed Pinarayi Vijayan for facilitating the entry and had warned of protests across the state.