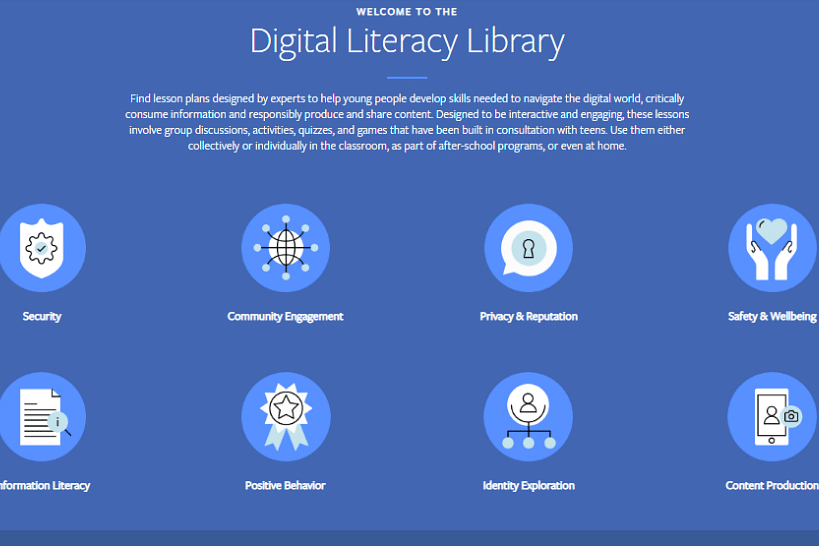 In a move to make the online space safer for the users across India, Facebook has launched Digital Literacy Library on Monday (29 October). The library which has digital lessons in Bengali, Hindi, Tamil, Telugu, Kannada and Malayalam aims to train three lakh Indians in digital safety, reports India Today.

Recognising that a majority of the Indian population does not speak English, this platform offers its content in six regional languages. In the light of the fact that 200 million youngsters in India are vulnerable to online abuse, cybercrime and child and women trafficking, the issue of digital literacy has assumed urgency.

Iterating on importance of digital safety, the Global Head for Safety at Facebook, Antigone Davis said, “The launch of the Digital Literacy Library, the child safety hackathon and several offline training programmes we run in partnership with local experts, reaffirm our seriousness in combating online abuse”.

Facebook's South Asia Safety Summit witnessed discussions with experts on various topics ranging from safety and technology to keep the most vulnerable people safe when they go online. The summit saw participation from over 70 organisations from five countries, including India, Sri Lanka, Nepal, Bangladesh and Afghanistan.