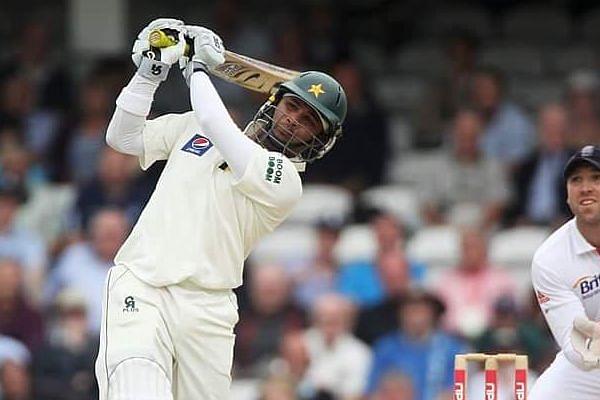 Farhat has also called upon other people mentioned in Afridi’s book to “speak up and tell the truth”. (image via @imranfarhat1982/Twitter)

Former Pakistani Skipper Shahid Afridi has come clean with his age, spoken about the 2010 spot-fixing scandal, expressed his views on Kashmir and taken a swipe on many players from his own and opposition teams in his autobiography ‘Game Changer’. Not surprisingly, the all-rounder has become the talk of the town since then.

Now, Pakistani batsman, Imran Farhat has lashed out on Afridi, The Tribune reports. The out-of-favour batsman has accused Afridi of being a “selfish player”, who has ruined many careers for his own benefit.

I am utterly amashmed from what I have heard and read so far regarding this new book of Mr Afridi, someone who has lied about his age for 20 odd years now decides to come clean and name and blame some of our living legends

In his autobiography, Afridi has criticised former players, including Javed Miandad and Waqar Younis. Afridi has taken a swipe on other international players like Gautam Gambhir, which has led to a war of words between the two of them.

In another one of many tweets, Farhat says, “I have a lot of stories to tell regarding this so-called saint we have had the pleasure of playing with. He sure is talented enough to become a politician.”

Farhat has also called upon other people mentioned in Afridi’s book to “speak up and tell the truth”. Amidst the controversy, a petition has been filed in Sindh High Court to ban his book.