Sanskrit Least Spoken Of India’s 22 Scheduled Languages, Hindi Remains The Most Spoken One 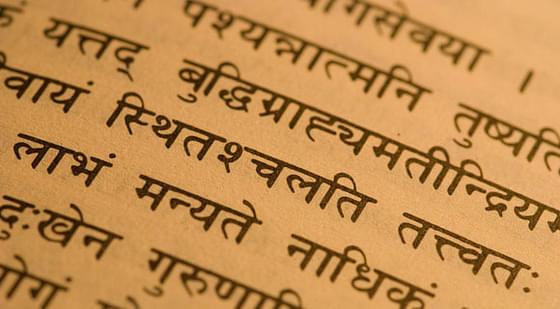 Language data based on Census 2011 has revealed that Sanskrit is the least spoken of the country’s 22 scheduled languages. According to the Times of India, the number of speakers who listed it as their mother tongue was 24,821. It is preceded by Bodo, Manipuri, Konkani and Dogri in terms of the number of speakers.

English, an unscheduled language, is mother tongue to around 2.6 lakh people. Of this, Maharashtra has the highest at 1.06 lakh speakers followed by Tamil Nadu and Karnataka.

Hindi continues to remain the most spoken language, followed by Marathi and Bengali. Data shows a rise of Hindi speakers from 41.03 per cent in 2001 to 43.63 per cent in 2011.

Marathi, which replaces Telugu in the third position, is said to have grown from 6.99 per cent to 7.09 per cent, while the latter saw a reduction in native speakers from 7.19 per cent to 6.93 per cent. Of the unscheduled languages, Bhili tops the list with 1.04 crore people marking it as their mother tongue with 1.04.

Also Read: The Wonder That Is Sanskrit