Saved From The Sea: Dramatic Rescue of Commander Abhilash Tomy, First Video and Images Are Out 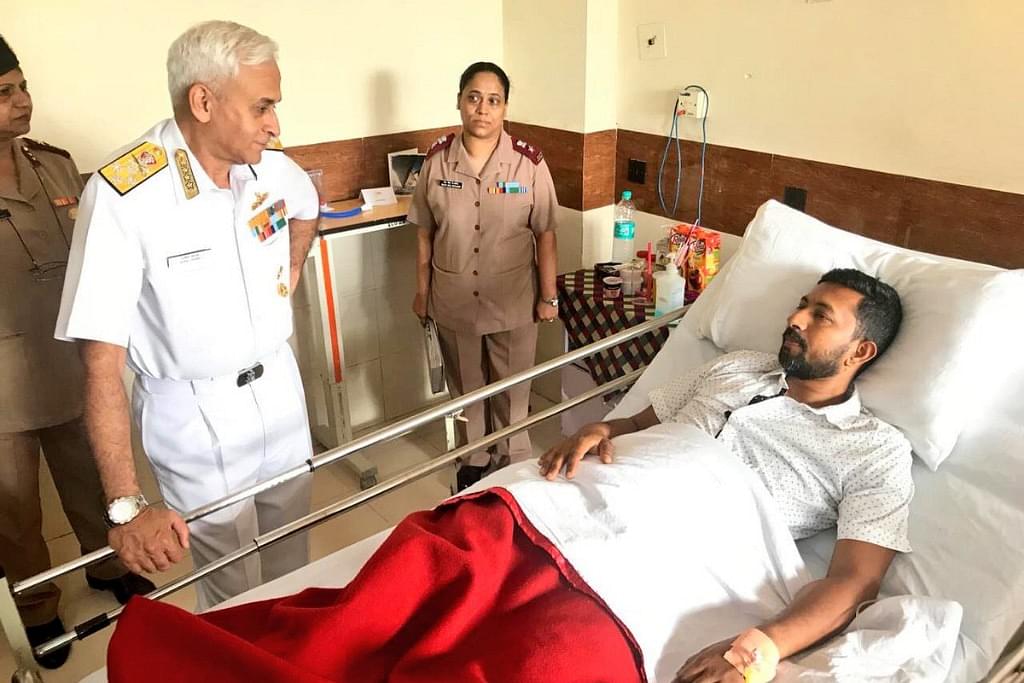 The first image and video of Commander Abhilash Tomy, who was rescued last month off the Australian coast have been released, and they are simply supercalifragilisticexpialidocious.

French fisheries vessel Osiris had rescued Commander Tomy in the southern Indian Ocean. He had been admitted in a health facility in the Amsterdam Isle and recently brought back to India by Indian Navy frigate INS Satpura.

Commander Tomy was the first Indian and second Asian to have sailed around the earth solo, non-stop and unassisted.

The early media received of his dramatic rescue have been released. A subtitled French-language video published by French seafood firm SAPMER, which commissioned Osiris, the rescue vessel contains footage of the final leg of the rescue mission conducted on September 24.

Here’s the full video with a detailed account of the call the boat received and difficult final rescue. These are the first images from the dinghy that was deployed and the first sight of Tomy’s stricken boat.