‘Say No To China’: Anger In Zambia Over Chinese Projects Amid Fear Of Debt, Economic Collapse 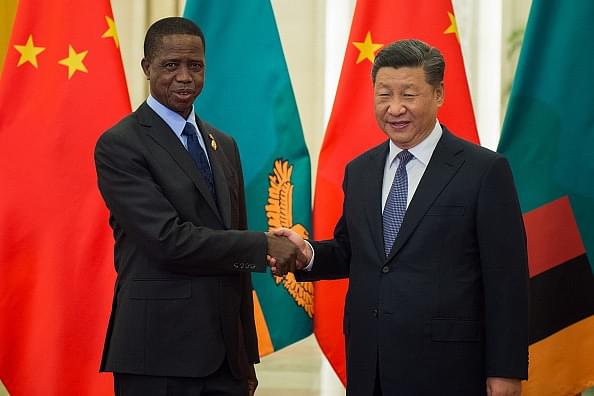 After facing opposition from local governments and populace in South-East Asia and South Asia, China is now confronted with the spectre of opposition from African nations. Concerns have been mounting in Zambia in recent days over the growing Chinese presence evident in the mega-projects dotting the region.

China is the largest investor in Zambia and is building airports, roads, police stations and factories across the country. The country, with its promises of unconditional aid, also corners most of the public tenders, further fuelling resentment among the local populace.

Zambia is reportedly on the verge of losing its sovereignty to China #China #Africa pic.twitter.com/w8XJvlepqg

An opposition leader echoing the concerns of many in Zambia stated that “China is about to take everything from Zambia. They have taken over our economy through these criminal debts”. Suspicions has lingered over the actual debt liability of the country, and concern is rooted in the fact that neighbouring Mozambique had been hiding debts worth $2 billion.

Lending credence to the suspicion over the actual debt, the International Monetary Fund had also delayed talks over a loan.

A sharp slump in copper price, which is Zambia’s main export, has led to questions over whether the country would be able to pay back its debt.

It doesn’t appear that Chinese troubles in the country would be resolved anytime soon as the main opposition party has made the issue of Chinese debt its focal point as it looks to unseat the present dispensation.

There have been protests against China in Zambia. At a protest meet in capital Lusaka, a protester held a sign which read “China equals Hitler”.