SBI Fastracks Jet Sale: Invites Bids To Sell As Much As 75 Per Cent Stake In The Troubled Airline 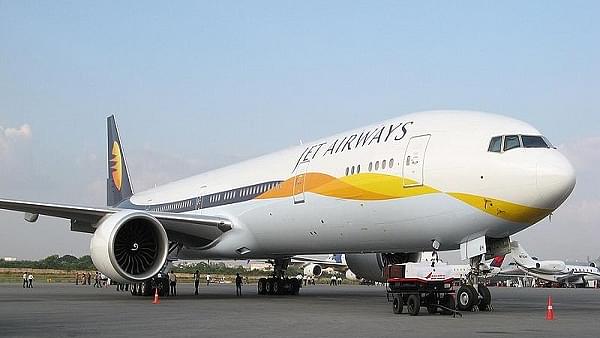 India’s largest lender State Bank of India (SBI) has invited bids to sell the stake held by a consortium of banks in the struggling airline Jet Airways, reports Mint.

SBI which is the lead lender among the banks that had doled out loans to Jet, is seeking a "change in control and management" of the carrier, as per a public notice.

"The lenders are cognisant that the outcome of efforts of the lenders will depend on the interest shown by the parties on sale of stake in the company," the banks jointly said in a statement.

Banks want to sell as much as 75 per cent of the stake in Jet, which is India’s oldest serving private airline.

In January the financially-stressed airline defaulted on its loan repayments to the banks. To avoid Jet’s admissions into the bankruptcy court which would have eroded its value, bankers took over the management of the company and appointed an “interim management committee” to manage the daily operations and cash flow of the airline.

Founder chairman Naresh Goyal and his wife Anita Goyal were also forced to resign from the company’s board and their stakeholding fell below 20 per cent from the earlier 51 per cent.

To buy the airline, potential buyers are required to submit their interest by 10 April and a strategic bidder should have a net worth of at least Rs 1,000 crore ($144 million) in the preceding financial year or at least three years of experience in the airline business.

Also Read: Jet: Bankers Kick Goyal Out, And The Can Down The Road, But Face Steep Haircut