Naresh Goyal Walks Away From His Crumbling Empire; Resigns From Jet Airways Board Along With Wife 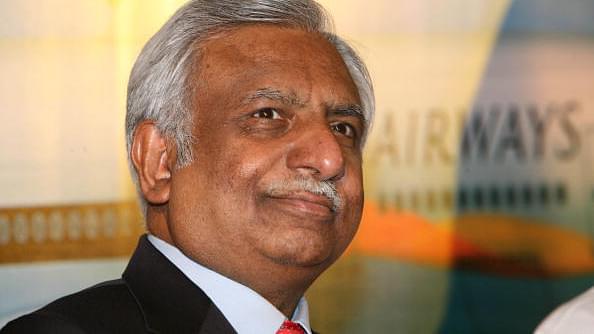 Founder chairman of the troubled airline Jet Airways Naresh Goyal and his wife Anita Goyal have resigned from the company’s board, ending speculation over the future role to be played by the Goyal family in the management of the carrier, reports Economic Times (ET).

Naresh Goyal has also resigned from his position as the chairman of the company. Meanwhile, lenders to Jet, led by State Bank of India (SBI) have taken over the company’s management and board.

The lenders are expected to begin an auction process soon to find a new strategic investor to infuse much-needed funds into the financially-stressed airline.

Efforts by Goyal to find an investor to improve cash-flow reached nowhere as potential and existing investors like Etihad wanted him to give up his control of the airline.

In January the company defaulted on its loan repayments to a consortium of banks, led by State Bank of India. To avoid Jet’s admissions into the bankruptcy court which would have eroded its value, bankers have now appointed an “interim management committee” to manage the daily operations and cash flow of the airline.

According to the restructured ownership plan, banks will own nearly half of the airline and Goyal’s shareholding will reduce to half of his earlier holding of 50.1 per cent. The lenders are also expected to further infuse Rs 1,500 crore into the company via debt instruments “against security of its assets.”