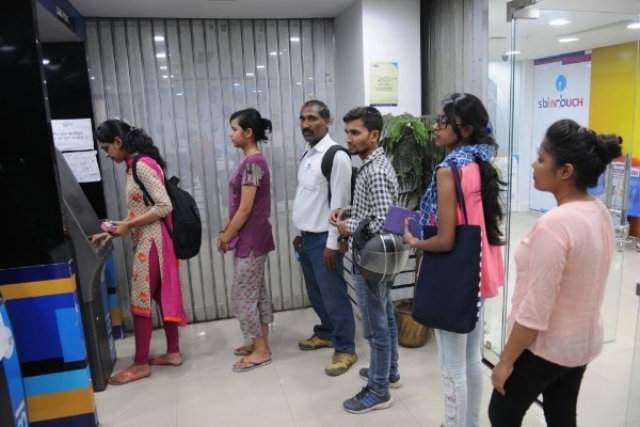 India’s largest Public Sector Bank, State Bank of India (SBI), will put a daily withdrawal limit of Rs 20,000 from ATMs on certain types of debit card holders, reports Press Trust of India. The limit will come into force from 31 October.

This restriction will be imposed on Classic and Maestro debit cards which are issued to a majority of SBI account holders. This rule is in line with RBI’s directive on safe banking practices. The Classic and Maestro cards aren’t based on more secure EMV chip, thus making them vulnerable to security attacks. “The bank has been receiving many complaints regarding cloning. Due to this, a decision is taken to reduce the withdrawal limit on these cards,” a bank official told NDTV.

SBI had given customers an alert a month earlier, to prepare them for the upcoming restrictions on withdrawals from ATMs. “Daily cash withdrawal limit for Classic and Maestro debit cards has been reduced from ₹40,000 to ₹20,000 per day with effect from 31 October,’’ read the statement on SBI’s website. However, customers that hold more premium cards will continue to enjoy higher withdrawal limits.

In response to the NDA government's Jan Dhan Yojana, which aimed to promote financial inclusion in the country, around 80 per cent of Indian adults opened bank accounts in 2017 when compared to just 53 per cent in 2014.