SBSP-SP Announce Alliance For UP 2022, Vow To Oust BJP Out Of Power 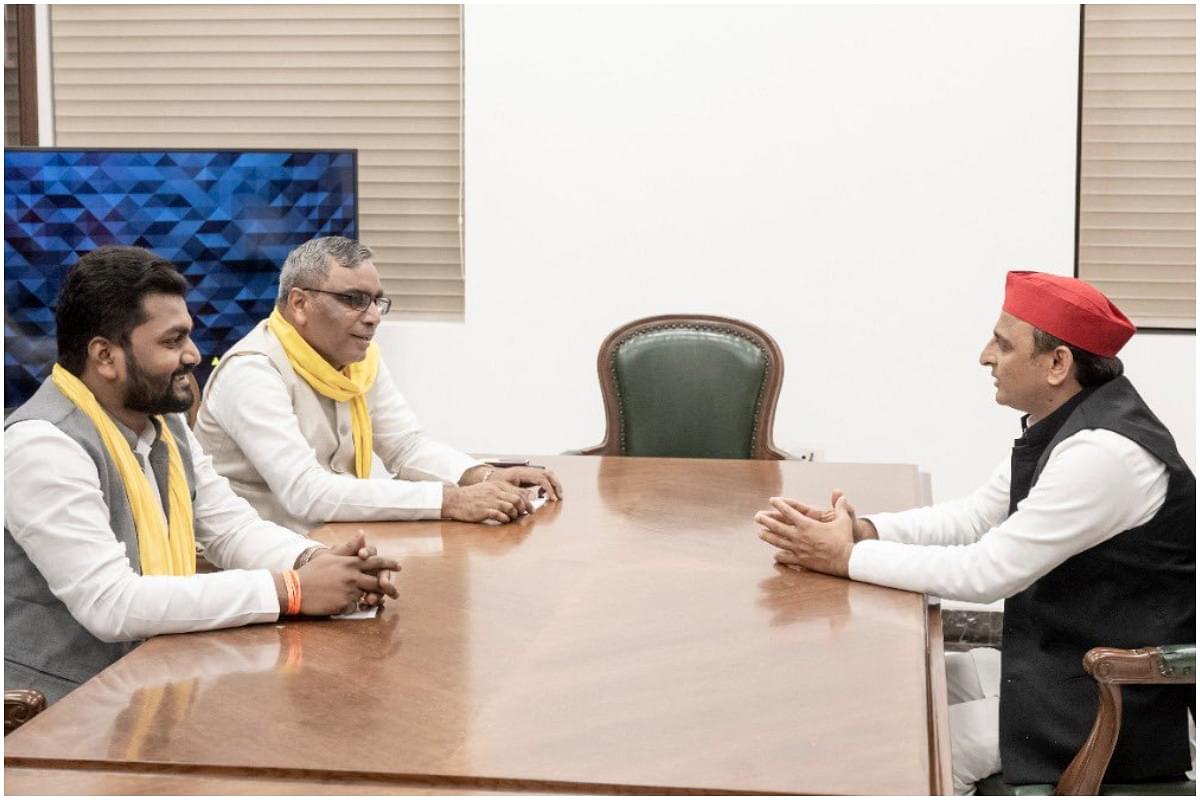 During his conversation with Akhilesh Yadav, Rajbhar categorically targeted the BJP, i.e. his former ally. He said that the days of the BJP government are over now, as it has betrayed every section of the society, especially Dalits, OBCs and minorities. The SBSP chief came up with the slogan, ‘Abki baar, BJP saaf’ (This time, the BJP’s over).

On the other hand, the Samajwadi Party, which has been reiterating that it will forge alliances with smaller parties with similar ideologies, said that the SP and SBSP have come together to throw the BJP out of power in the state. “SP President Akhilesh Yadav wishes to create a harmonious, inclusive and egalitarian society based on socialist ideals. To fulfil this resolve, the Samajwadi Party is continuously moving forward by taking everyone along,” said a party source.

He further said that the Samajwadi government under the leadership of Akhilesh Yadav did innumerable works for the poor, the downtrodden, and the backward classes including the underprivileged, exploited, farmers, youth, women, businessmen. It is to this pretext that the Samajwadi Party, along with the SBSP, which has also raised its voice for the marginalised, is ready to take UP on the path of all-inclusive development.

Earlier, SBSP chief, after numerous talks with the BJP’s top leadership, ruled out the possibility of allying with the BJP as the party didn’t agree to his demands, including a backward caste CM candidate (most likely Rajbhar himself). Rajbhar since then has been trying to establish a state-wide coalition of smaller parties, and he has now found a formidable partner in Akhilesh Yadav, in his fight to oust the BJP out of power in Uttar Pradesh.