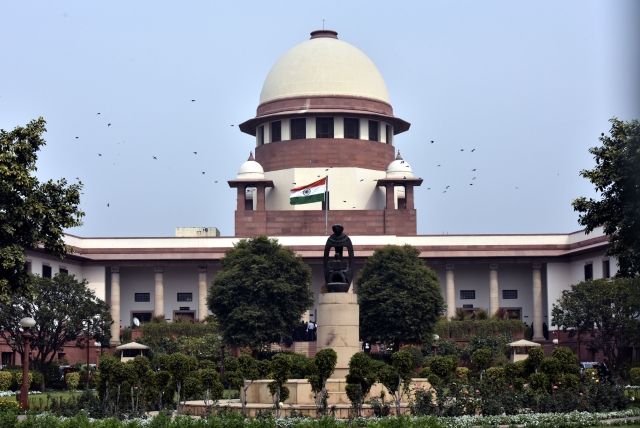 The Supreme Court on Tuesday (5 November) declined to pass order on a plea by Karnataka Congress to bring on record the audio clip where Chief Minister B S Yediyurappa allegedly referred to the 17 rebel Cong-JD(S) MLAs, who were disqualified from the Legislative Assembly.

A three-judge bench headed by Justice N V Ramana said the court has already reserved its verdict on the matter, where the MLAs moved the court against the decision of the then Assembly Speaker K R Ramesh Kumar in connection with their disqualification.

Earlier during the day, the apex court said that it will look into the new material brought forth by senior advocate Kapil Sibal in the Karnataka MLAs' disqualification case.

Sibal, who represents the Congress, wanted Yediruarappa's audio tape to be considered in deciding the disqualified legislators' plea. Bypolls to 15 out of 17 seats represented by the disqualified MLAs is scheduled for 5 December.

The apex court observed that the issue related to the hospitality provided to the rebel MLAs in Mumbai, allegedly by the BJP, has been brought out during the hearing already.

"You have already argued that the rebel Karnataka MLAs were taken to Mumbai. We have already taken a note of everything," said the bench headed by Justice N V Ramana.

The apex court had already reserved the judgement on disqualified MLAs' plea, and it will be put out soon.

"We have extensively covered everything. What is its relevance," apex court had asked Sibal, who wanted the tape-recorded speech of the Karnataka Chief Minister to be taken on record. To this, the court said, "We will see."