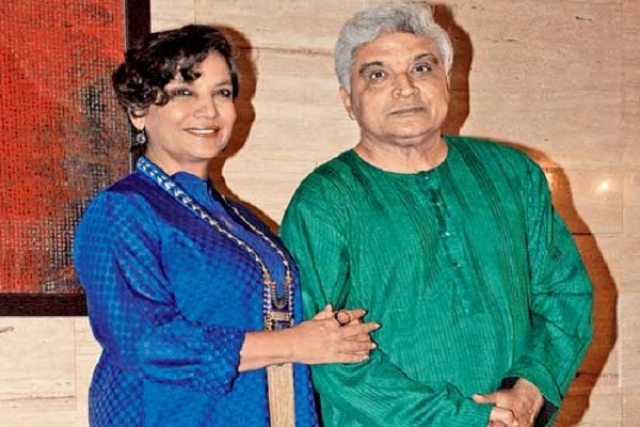 Update: Soon after the publication of the article, Richard Dawkins tweeted from his official account announcing that Akhtar is indeed the winner of the 2020 Richard Dawkins award.

Javed Akhtar @Javedakhtarjadu is the 2020 Richard Dawkins Award winner and I could not be more pleased. The Center for Inquiry, on whose board I sit, has designated him this year's recipient for his courageous public stands on behalf of atheism, rationality, and freethought.

"Javed Akhtar @Javedakhtarjadu is the 2020 Richard Dawkins Award winner and I could not be more pleased. The Center for Inquiry, on whose board I sit, has designated him this year's recipient for his courageous public stands on behalf of atheism, rationality, and freethought", tweeted Dawkins.

High drama has erupted over lyricist Javed Akhtar reportedly winning the Richard Dawkins award after various Twitter users shared a WhatsApp forward which claimed that he might only have been nominated for the same.

A couple of days after various media outlets shared the news of Akhtar winning the award, a WhatsApp message began doing the rounds which claimed to explain why no official announcement has been made to this tune either by Dawkins or the organisation responsible for conferring the award.

From my NDTV friend! Is it true @Javedakhtarjadu bhai? pic.twitter.com/M5s2bXGM8Q

The message alleges that a group of activists in London along with Indian leftists had proposed that Akhtar receive the award in 2020 and the proposal along with the signatures was sent to Dawkins while copying Akhtar.

It adds that Akhtar mistook this proposal as him being conferred with the award and notified his friends and media outlets. The message goes on to claim that after the news was publicised Akhtar's supporters are pleading with Dawkins and the Centre For Inquiry to confer him the award to avoid embarrassment.

After the tweet went viral actor Shabana Azmi who is Akhtar's wife took to twitter to assert that the aforementioned allegations are "patently untrue".

THIS IS PATENTLY UNTRUE! We have an email from Richard Dawkins on 5th June offering the award and also from Robyn Blumner who heads the Centre for Inquiry USA.I feel sad 4 these pathetic trolls who do not care that they will stand exposed in seconds 4 such a preposterous claim ! https://t.co/Ro1ejCNSdk

She claimed that they received an email both from Richard Dawkins and Centre of Inquiry USA's head Robyn Blumner offering the award.

Earlier, media reports had also quoted Akhtar as saying that he had received a mail from Dawkins over him winning the award, "I received an email from him (Dawkins) informing me that I had been unanimously selected for the award by the board of Center for Inquiry USA, in which The Richard Dawkins Foundation is housed".

After Azmi's response, a few social media users dug up old tweets of Dawkins in which he claims that neither him nor the Richard Dawkins Foundation (RDF) is involved with the award.

@Carsten_Hucho This award is an initiative of the Atheist Alliance of America. I have no direct connection with it and have no say in it.

.@OpheliaBenson I'm delighted AAA gave it to her, but this award is nothing to do with RDF. Atheist Alliance of America chooses annually.

Social media users thus questioned as to how Azmi is claiming to have received a mail from Dawkins if he has no direct association with the award.

It should be noted that the Richard Dawkins award was moved to the Center for Inquiry (CFI) from Atheist Alliance of America in 2019 which announced in a press release that, "prominent evolutionary biologist, best-selling author, and outspoken atheist, Richard Dawkins, is housing the award with CFI now that his namesake foundation, the Richard Dawkins Foundation for Reason & Science, is a part of CFI".