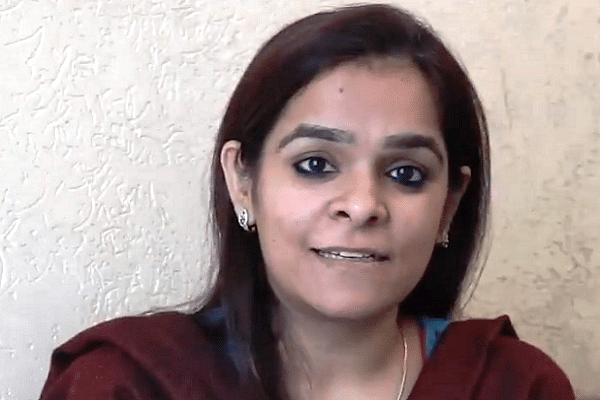 Journalist and YouTuber Gunja Kapoor who runs the channel “The Right Narrative” was attacked by Shaheen Bagh protesters while she was at the scene making videos.

Chaos at #ShaheenBaghProtest when a burka clad woman caught while making some video from her mobile. She is found out to a be a YouTuber. Objection was why she was covering the protest wearing burka. @DelhiPolice has detained her pic.twitter.com/W3Ypdey9il

Kapoor, who was reportedly wearing a Burkha while filming from the scene, was confronted by angry protesters. Many have speculated that Kapoor was attempting to go undercover by wearing the Burkha. It can be recalled that senior journalist Deepak Chaurasia too was heckled by Shaheen Bagh protesters recently.

In the above video she can be seen being taken away by the Delhi police, who attempt to bypass the angry bystanders. Phrases like “please let her go” can also be heard in the background.

Other videos from the scene show Kapoor being surrounded by women while an individual (presumably a cop) appeals to them to hand her over to the police.

YouTuber #gunjakapoor of #RightNarrative caught by Shaheen Bagh protestors. She is the same girl who was acknowledged by Narendra Modi. Protestors allege she was roaming around #ShaheenBagh wearing a Burkha and shooting videos.#CAA_NRC_Protests pic.twitter.com/IphRuLaKji

As per reports, the Shaheen Bagh protesters confronted Kapoor after she asked “too many questions” and later insisted on “frisking” her. Subsequently the protesters found a camera in her possession and she was then “caught” by some women protesters. She was later also surrounded by protesters, as the cops tried to pacify them.

She has now been safely taken to a nearby police station for formalities and has not been placed under arrest.