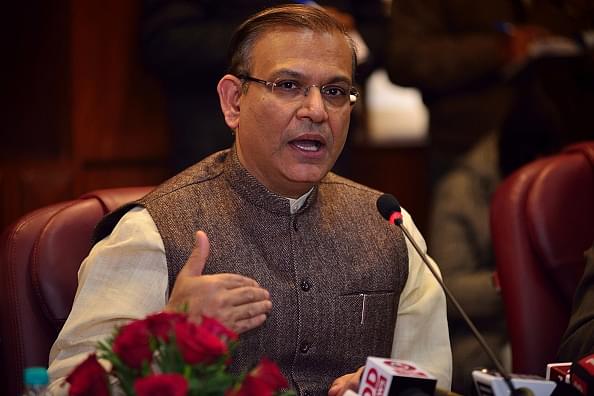 Jayant Sinha, the minister of State of Civil Aviation is being credited for set an example against the dominant VVIP culture, where influential personalities use their status in the society to get special treatment and the skim past the rules and regulations imposed.

On Tuesday (20 November) a citizen travelling in the Air Asia Flight I5-545 between Delhi and Ranchi was privy to the same.

Asad Rashid during the flight was sitting beside Sinha. During the trip, Jayant Sinha asked for a particular food item, which the staff refused to provide since he had booked a ‘south Indian meal’. The minister then, instead of showing VVIP culture, paid for the item, revealed a tweet from Asad Rashid.

@AirAsia Your cabin crew needs to recognize MoS for Civil Aviation. Flew Delhi-Ranchi I5-545 today, with @jayantsinha in the adjacent seat. He asked for a specific food item but was told âyou have booked a South Indian meal, which canât be changed nowâ. So he paid for his snacks!

The minister then later acknowledged the tweet with an emoji.

The simple action comes at a time when some politicians have been seen abusing their privilege while flying. In March last year, it was famously reported that Shiv Sena MP, Ravindra Gaikwad had brutally beaten up an Air India Employee for providing an economy class seat instead of a Business class seat that he had booked.