Siddaramaiah Pushing Ahead With Bengaluru Steel Flyover Project Despite Protests 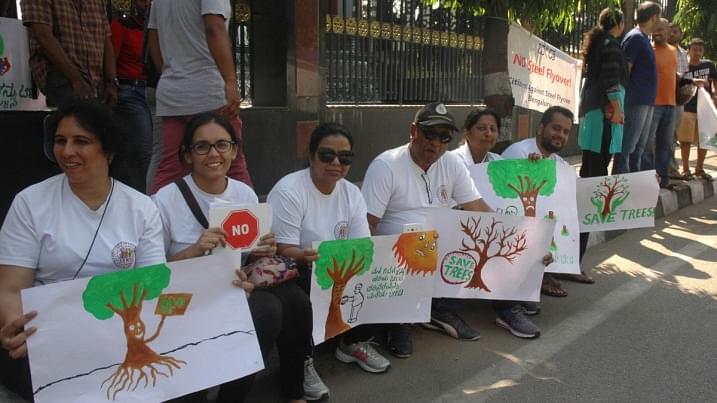 Bengalureans protest against the steel flyover

Defying public protest, Karnataka Chief Minister Siddaramaiah is going ahead with the construction of the 6.7 km steel flyover in Bengaluru, claiming it had public support.

The steel flyover project has been totally transparent, he said, and added that its details were put up on the website of the Bangalore Development Authority and 73 per cent of the people have favoured the bridge.

Supporting the steel flyover, Swarajya argued that it will be a big bonus for the city. Steel structures are not new to India. In the last few years, several rail over-bridges have used them for the sections above the railway tracks to expedite construction.

"We will also develop three alternative routes to the airport to decongest the roads choked with heavy vehicular traffic towards Devanahalli," said Siddaramaiah after inspecting the thoroughfare over which the steel flyover has been planned.

More than 5,000 Bengalureans on Sunday staged a human chain to protest the proposed steel flyover for a signal-free ride to the airport on the city's northern outskirts.