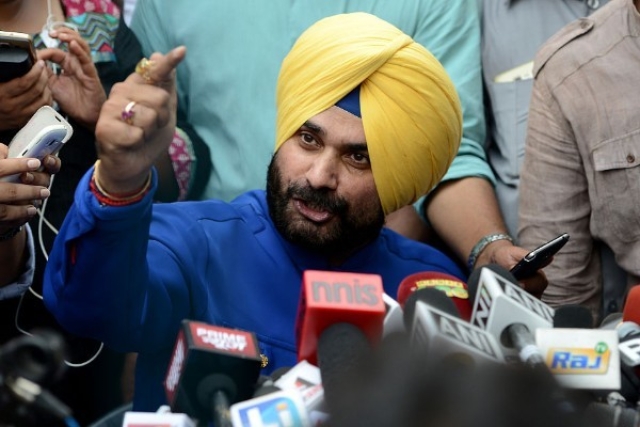 Sidhu not only skipped the cabinet meeting but also hurled darts at the CM in a press conference. “I cannot be taken for granted... I am answerable to the people of Punjab,” Sidhu told reporters. Minutes after, Chief Minister Amarinder Singh decided to strip him of his most important portfolio, retaining it himself. Sidhu will continue to be a cabinet member holding the tourism and culture ministries, reports Hindustan Times.

The action of the CM send a sharp message to Sidhu with regards to how much his personal equation with Rahul Gandhi and Priyanka can insulate Sidhu from consequences.

Amarinder Singh has blamed Sidhu’s remarks on Pakistan and his “inept” handling of local bodies department for the party’s poor performance in urban areas, announcing that he intended to change the minister’s portfolio. He had also taken him to task over his “friendly-match” remark during an election rally in Bathinda and questioned his performance as local bodies minister.

Navjot Singh Sidhu accused Amarinder Singh of unfairly “singling” him out for the poor show of the Congress in some urban areas by raising questions about his department’s performance. There has been a tussle between the two ever since his wife Navjot Kaur was denied a ticket for the April-May Lok Sabha elections.