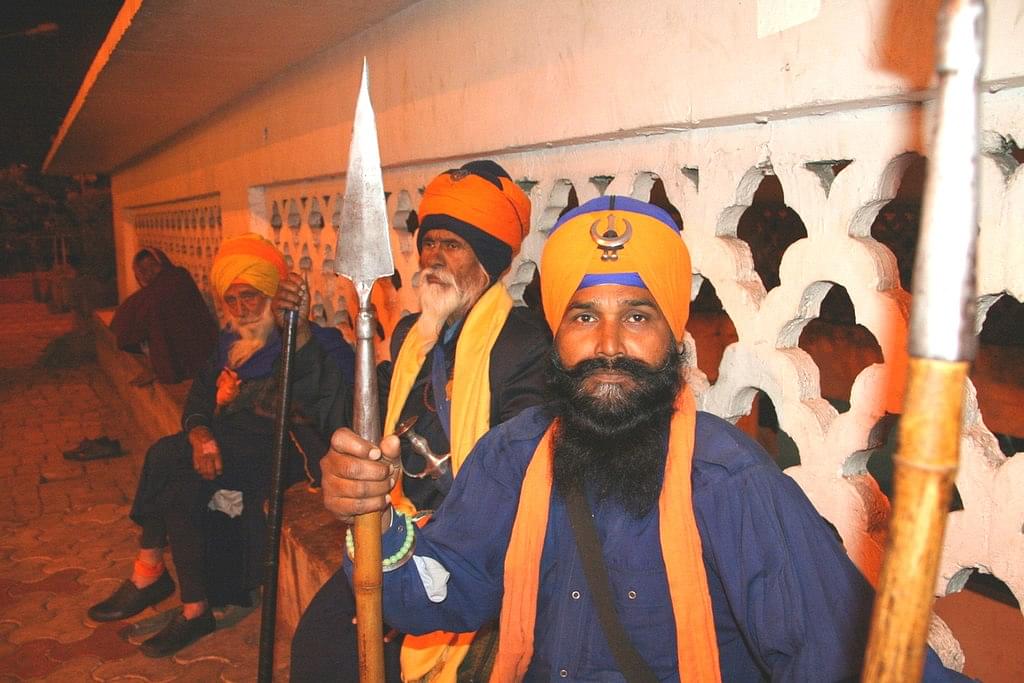 Haryana police is reported to have detained Nihang Sarabjhit in connection with the brutal lynching of Lakhbir Singh at the Singhu border where some activists have held protests against farm sector reforms for months now.

The detained person is said to have surrendered to the police claiming responsibility for the murder. A video shows a man being arrested amidst chants of 'Jo Bole So Nihal, Sat Sri Akal'.

Lakhbir Singh was brutally attacked, his arm chopped off and hung up on a frame until he died. This brutal murder at the farmer protests site at Singhu have evoked sharp reactions since morning.

Several video clips showing the victim being questioned and then being hung by his limbs on a wooden frame have been doing the rounds on social media.

Reports suggest that Lakhbir Singh for attacked for insulting a holy book of the Sikh faith. He was a Dalit, a community with whom the Jat Sikhs have troubled relations.

The Samyukta Kisan Morcha (SKM), the umbrella body of protesting activists and farmers issued a statement denying any role in the murder.