Sinking To A New Low? Kejriwal Asks If Pakistan Killed 40 Soldiers In Pulwama To Help PM Modi Before Polls 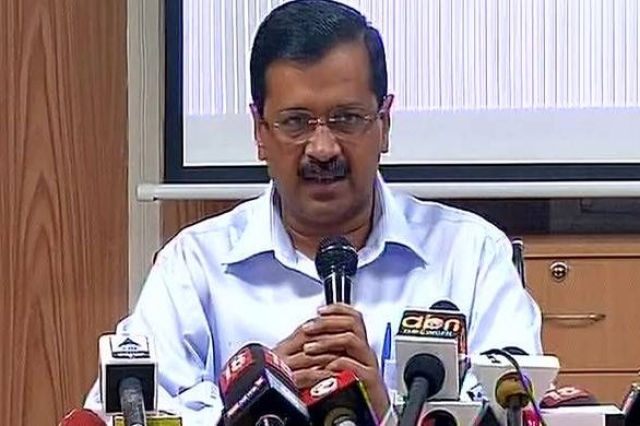 "Pakistan and Imran Khan are openly supporting Modi ji. It is clear now that Modi ji has some secret pact wid them. Everyone is asking - did Pakistan kill 40 of our brave soldiers in Pulwama on 14 Feb just before elections to help Modi ji?" Kejriwal tweeted in response to a tweet by Karnataka Chief Minister HD Kumaraswamy criticising Prime Minister for accusing the opposition parties of having support from Pakistan.

Pakistan and Imran Khan are openly supporting Modi ji. It is clear now that Modi ji has some secret pact wid them.

Everyone is asking - did Pakistan kill 40 of our brave soldiers in Pulwama on 14 Feb just before elections to help Modi ji? https://t.co/hIh5PGqr9E

This comes days after Pakistani Prime Minister Imran Khan, talking to a small group of foreign journalists, had said that he did not think that if Congress comes to power after 2019 general elections it would be able to have some peace settlement over Kashmir, as it is scared of backlash from Indian right wing. On the other hand, if BJP wins, some kind of settlement in Kashmir could be reached, he said.

Tensions between India and Pakistan reached a crisis point after Pakistan-based terror outfit Jaish-e-Mohammed (JeM) claimed responsibility for the suicide bombing on a Central Reserve Police Force (CRPF) convoy in Pulwama of Jammu and Kashmir.

In response of the terror attack, India conducted air strikes on JeM training camp in Balakot, Pakistan on 26 February. Pakistan Air Force responded next day by air strikes in in Jammu and Kashmir, but failed in their objective.