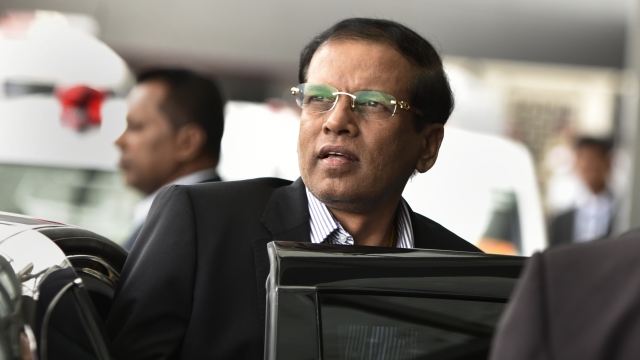 President of Sri Lanka Maithripala Sirisena has acknowledged that a few troops were responsible for committing war crimes at the behest of politicians during the three-decade-long civil war with the Tamil rebels in Northern Sri Lanka.

Statistics from the United Nation (UN) say that up to 40,000 civilians were killed by security forces during former president Mahinda Rajapaksa's regime that ultimately saw the end to the brutal conflict with the defeat of the Liberation Tigers of Tamil Eelam (LTTE) in 2009.

The LTTE ran a nearly three-decade separatist campaign for a an independent Tamil nation in Northern Si Lanka that lead to a bloody war with the Sri Lankan armed forces.

Sirisena had earlier vowed to defend the troops against warcrimes charges leveled against them.

There is something that you should accept according to your conscience. There were things outside the control of the military. They were carried out by a few in the military to appease politicians. These were illegal, against democracy and the freedom of our people. You know that investigations are underway into a small number of officers who acted at the behest of politicians. Those who are in custody will be freed if they are innocent.

“I hear allegations from (opposition) political stages that this is a witch-hunt of war heroes. I strongly reject those allegations," he said, adding that the military should clear its name.

Sirisena's reference was to the regime of former president Mahinda Rajapaksa when the civil war ended. His administration faced charges of war crimes and atrocities with the UN Human Rights Council (UNHRC) passing resolutions.

Since Rajapaksa's defeat, several incidents of military excesses have come to the fore with several military men under arrest and later given bail as part of the proceedings.

During the Rajapaksa regime, soldiers were immune from having to face legal proceeedings and the UN's call for independent investigations were dubbed as attacks against Sri Lanka's sovereignty. PTI