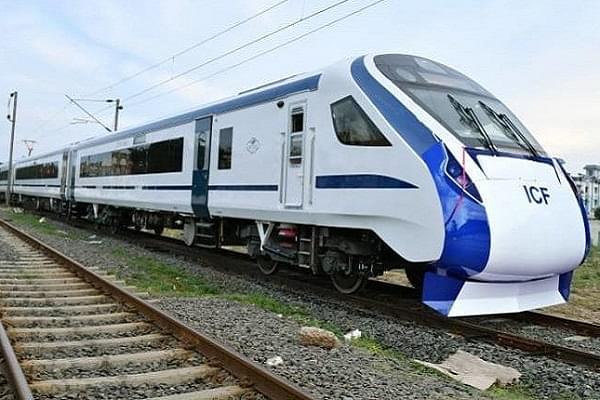 A modified Train-18, the original version of which is already in service with the Indian Railways as Vande Bharat Express, and between Delhi and Varanasi, may soon replace the Rajdhani Express, Financial Express has reported.

The Train-18 currently in service is a 16-coach chair car service. To be used in place of the Rajdhani Express, which covers long distances, the chair car will have to be replaced with sleeper sets—partially, if not entirely.

According to the daily’s report, the Integral Coach Factory (ICF) in Chennai is currently working on a 160 km per hour-capable sleeper train set based on the Train-18 model. The Railways expects to complete the designing process by the end of this year and rollout a variant by the middle of 2020.

“The design work for a Rajdhani Express-style Train 18 is in process. We hope to complete it by year-end and get it finalised by the Railway Board,” the daily has quoted an official of the Integral Coach Factory as saying.

“Once the design is approved for the sleeper variant of Train 18, we should be able to rollout the new offering by middle of 2020,” he added.

The Train-18 service between Delhi and Varanasi was started in February and runs on Tuesday, Wednesday, Friday, Saturday and Sunday. It takes around eight hours between the two cities and stops only in Kanpur and Prayagraj.

According to the daily, four more Train-18s will be built this year.