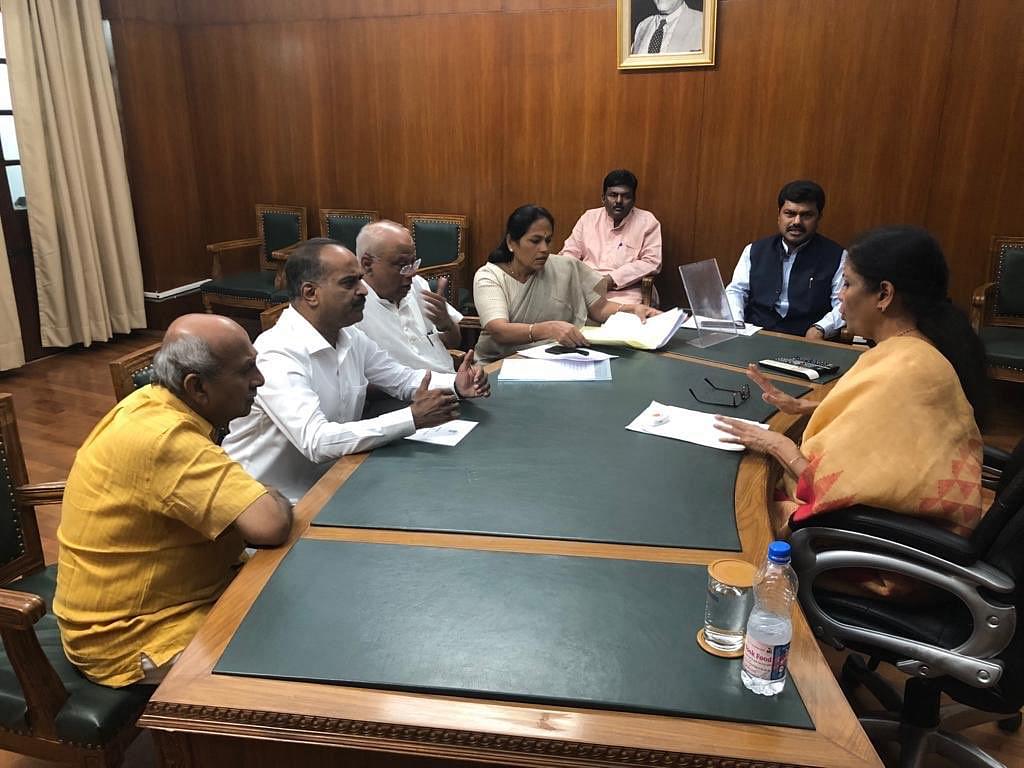 As several MPs from Karnataka, among other southern states, are raising the demand to conduct the bank recruitment exams like IBPS in regional languages, the Finance Minister Nirmala Sitharaman said that she is 'seriously' looking into the issue, reports Livemint.

Raising the issue in the Zero Hour, G.C. Chandrashekhar, Rajya Sabha MP from Karnataka, said that Indian Banking Service examination and other recruitment tests should be held in Kannada language alongside English and Hindi for the convenience of local aspirants.

As the MP spoke in Kannada amid no translation available in the house, the Chairman M Venkaiah Naidu himself had to translate the Zero Hour mention. Incidentally, Sitharaman represents Karnataka in the Upper House.

Responding to the concerns, Sitharaman said the matter is of serious concern as the MPs from Lok Sabha too had met her on the issue which relates to all states which have their own regional languages.

The minister said, "I am seized of the matter. I will look into it and come back to the House."