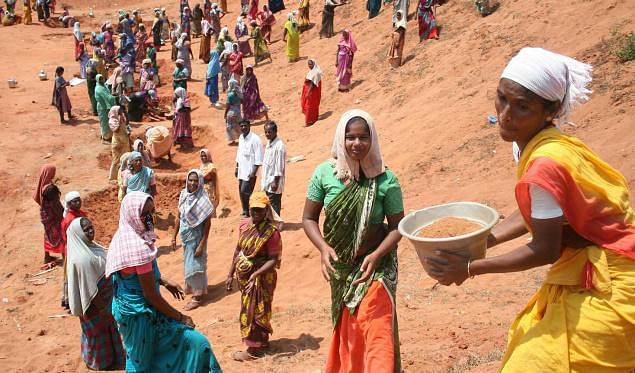 The government is weighing an extension of the rural employment guarantee scheme to cover workers in cities and urban areas who have been rendered jobless amid the coronavirus pandemic.

According to a Bloomberg report, the plan being considered involves an initial roll out of the scheme, which is expected to cost around Rs 35,000 crore, in smaller cities and towns.

It is basically a social security scheme that guarantees 100 days of wage employment to all rural households in the country.

A survey conducted by the London School of Economics (LSE) showed that around 52 percent of urban Indian workers went without work or pay and received no financial assistance for at least a month, as coronavirus-related lockdowns led to loss of lives and livelihood.

On an average, earnings fell by 48 per cent in April and May, compared to the pre-Covid months of January and February. Financial assistance from the government or employers was available to less than a quarter of the workforce, the survey added.

The pandemic-led lockdowns have ravaged the economy, with nearly 50 lakh salaried people having lost their jobs in July, taking the total number of job losses in the category to 189 lakh, according to the Centre for Monitoring Indian Economy (CMIE) data.