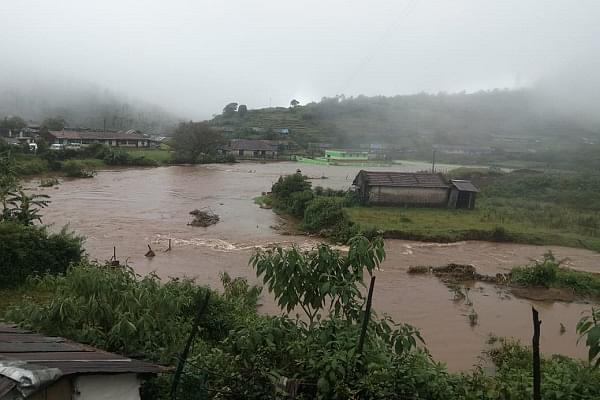 The Nilgiris District in Tamil Nadu has seen the death toll resulting from heavy rainfall now reach five, with the Avalanche region witnessing 911 mm rainfall in a single day, the highest in all of South India, reports The Covai Post.

Around 21 kilometres from Ooty in Indira Nagar, Pykara, a woman and her daughter perished following the collapse of their dwelling due to the rains. The husband managed to escape but suffered some minor injuries.

Two women workers were found dead in a blocked drain in Kuruthukuli while a man had been killed by a wall which collapsed on him.

Major traffic issues have been caused by the flooding in the district, specifically for movement on highways.

Currently, vast parts of South India are seeing heavy floods due to unusual patterns of rainfall, with several districts of Kerala, Karnataka and Tamil Nadu being affected. A number of lives have been lost in all three states.