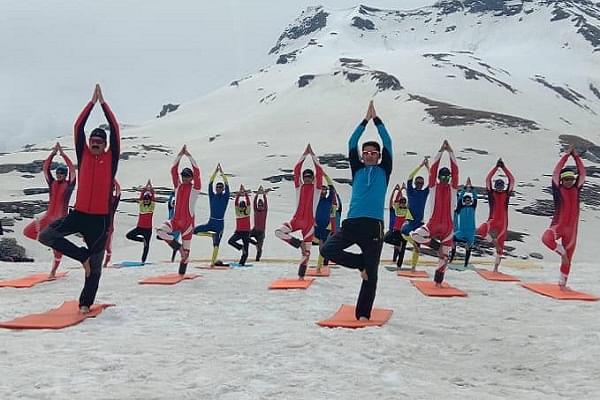 The Ministry of AYUSH and the Ministry of Youth Affairs and Sports announced the formal recognition of Yogasana as a competitive sport at a joint press conference held by the Union Minister of State (IC) for AYUSH Shri Shripad Naik, and the Union Minister of State (IC) for Youth Affairs & Sports Shri Kiren Rijjju in New Delhi on Thursday (18 December), an official release said.

While addressing the press conference, Naik traced the origins of Yogasana competitions to the Indian Yoga tradition, where such competitions have been held for centuries. He said that they are still being conducted today at multiple levels, but a strong and sustainable structure to impart national visibility to the competitions is yet to emerge.

He further said that the government decision to recognise Yogasana as a competitive sport comes after 3-4 years of wide consultations with the stakeholders of the Yoga sector.

The minister also said that Yogasana is an integral and important component of Yoga, which is psycho-physical in nature and popular across the globe for its efficacy in fitness and general wellness.

On this occasion, Sports Minister Kiren Rijjju said that the competitions that will arise out of the recognition of Yogasana as a sport will enhance interest in Yoga among people around the globe.

He also said that both the ministries have been closely working together to establish Yogasana as a competitive sport. He further said that the ministry is planning to include Yogasana as a sport discipline in Khelo India and in the University Games and we will also pitch it at the National Games but the aim and objective of any sport is to be included in Olympics and this is a beginning of a long journey.

Rijiju also said that Yogasana is going to become a very beautiful, attractive and popular sport.