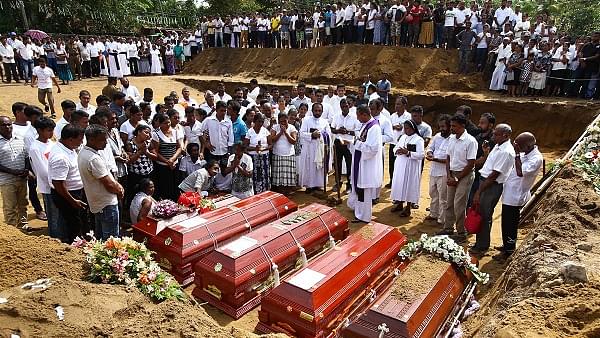 In a terrifying turn of events, the wife of a terrorist who was involved in the recent Sri Lankan terror attacks is alleged to have set off a bomb when police raided her house, killing her along with the couple’s three children, reports Mirror.

Three cops were also killed when killer Ilham Ahmed Ibrahim’s wife Fatima detonated the bomb to possibly avoid being arrested. The police squad had arrived at Ibrahim’s luxury apartment in the aftermath of the attack.

Authorities have zeroed in on Ilham Ibrahim, 31, and his brother Imsath Ahmed Ibrahim, 33, as suicide bombers who carried out the deadly attacks at the Cinnamon Grand and Shangri-La hotels in Colombo on 21 April.

According to Firstpost, the two men were sons of a wealthy spice trader named Mohammed Yusuf Ibrahim.

At least 156 people, including 35 foreigners were killed while 500 others have been reportedly injured in the attack.

Sri Lanka’s deputy defence minister recently stated that the blasts were carried out in “retaliation to the Christchurch.”

As many as 50 people were killed in the Christchurch attack in New Zealand on 15 March this year, when an alleged white supremacist gunman fired indiscriminately on worshippers in two mosques of Christchurch.