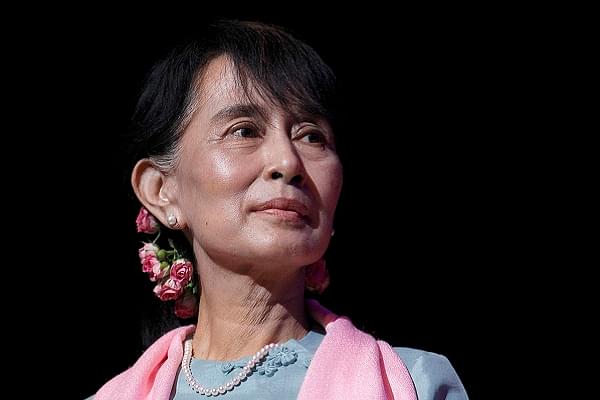 Myanmar's state councillor Aung San Suu Kyi took off for the Hague where she will face an accusation brought to the International Court of Justice (ICJ) by the Gambia over alleged genocide carried out against the Rohingya minority in her country.

Suu Kyi, who is also Myanmar's foreign minister, is traveling with a team of experts to the Netherlands so that she can appear at ICJ hearings on 10 and 12 December, the State Council said in a statement posted to its official Facebook account, Efe news reported.

On 11 November, the Gambia lodged a complaint with the court over alleged genocide and suspected ethnic cleansing operations carried out by Myanmar's military against the Rohingya Muslim minority in 2016 and 2017.

Gambian authorities, who presented the complaint in the name of the Organisation of Islamic Cooperation, also asked for precautionary measures to prevent extra-judicial killings, abuse and sexual violence against the Rohingyas, and to prevent the military from destroying evidence or blocking an investigation.

The ICJ will become the second court in the Hague to mull opening legal action against Myanmar.

On 14 November, judges from the International Criminal Court authorised a probe into alleged crimes against humanity against the Rohingya population.

Last month, a Rohingya organisation filed a complaint in Argentina over alleged crimes against the minority.

As the Latin American country adheres to the principle of universal jurisdiction, cases can be taken on regardless of where the alleged crimes took place.

Over 7.30 lakh Rohingya people have fled Myanmar to neighbouring Bangladesh since August 2016.

The mass exodus began after a rebel group carried out a series of attacks against security posts in the western Rakhine province, which led to a disproportionate crackdown from the Myanmar military against the ethnic group.

The military campaign, which has faced allegations of mass killings and rapes, has been described by United Nations observers as ethnic cleansing and possible genocide.

Myanmar does not recognise Rohingyas as citizens and the community has faced decades of discrimination, including restrictions on their freedom of movement.

Suu Kyi, an international heroine during her time in peaceful opposition to the military junta between 1988-2011, has lost much of her support beyond the country due to an apparent inability to protect the Rohingyas.