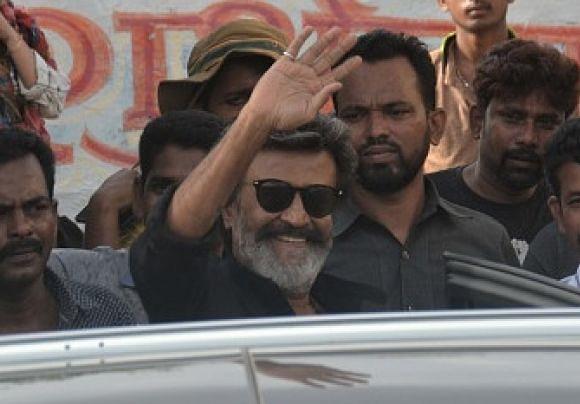 Revered as the Thalaivar, superstar Rajinikanth on Sunday (11 August) lauded and congratulated the Union Home Minister Amit Shah on the Prime Minister Narendra Modi led Government's decision to scrap Article 370 and to bifurcate the erstwhile state of Jammu and Kashmir, reports India Today.

Rajinikanth said, "My heartfelt congratulations to you for mission Kashmir. The speech you delivered in Parliament was fantastic. Amit Shah and Modiji is like Krishna-Arjun combo. They only know who is whom. I'm wishing good luck to you and good luck to the country through you."

Further heaping praises on the Vice President Venkaiah Naidu, Rajnikanth said, "Venkaish Naidu always thinks for the welfare of the people. he has become a politician by mistake as he is an excellent spiritual leader."

It should be noted that Rajinikanth himself had announced his entry into the political landscape of India back in 2017. He had then made clear his intention to contest the 2021 Tamil Nadu Legislative Assembly elections in all of the 234 assembly constituencies.