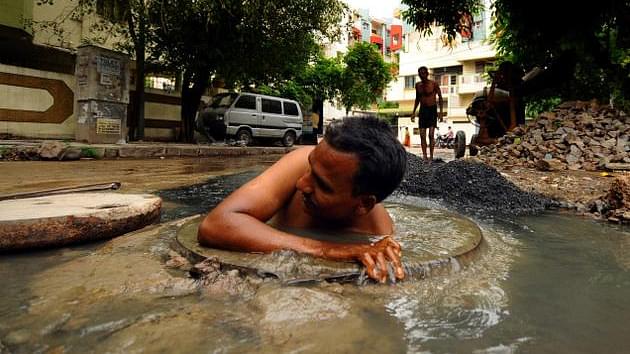 The Supreme Court on Wednesday (18 September) slammed the Central government for not doing enough to prevent deaths of manual scavengers due to unavailability of protective gear, reported The Indian Express.

Commenting on the high number of deaths, the court said, “In no country, people are sent to gas chambers to die. Every month four to five persons are losing their lives in manual scavenging.” It also pointed out that the caste discrimination still existed in the country even after 70 years of Independence.

Hearing a plea to review its last year’s verdict that eased the actions provisioned under the SC/ST Act, a bench headed by Justice Arun Mishra said the government had failed to provide equal facilities to scavengers.

Attorney General KK Venugopal, who was appearing for the government, was asked as to why were masks and oxygen cylinders not being provided to people engaged in the practice. It was hazardous to enter a manhole full of harmful gases, the court observed.

In his statement on the matter, Justice Mishra raised a question regarding the evil practice of untouchability. He asked, “Despite the constitution abolishing untouchability in the country, I am asking you people, do you shake hands with them? The answer is no. That is the way we are going on.”