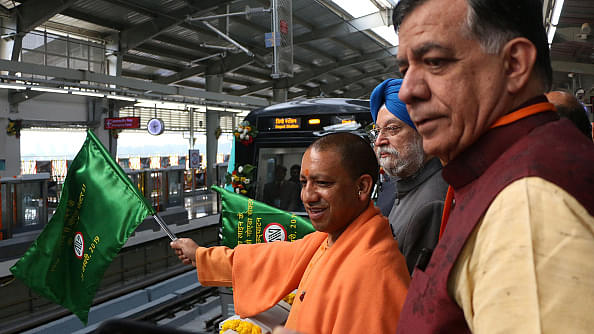 In a big boost for the efforts made by the Chief Minister (CM) Yogi Adityanath led Uttar Pradesh (UP) Government to address the garbage menace, Noida has moved up in Union Government's ranking for Garbage-Free Cities (GFCs) to win a three-star rating, reports Financial Express.

The ratings which were released by the Union Ministry for Housing and Urban Affairs had earlier accorded Noida a single-star rating on the index which takes into account as many as 25 parameters relevant to solid waste management.

Other cities which have witnessed a positive change in their ratings include Gwalior, Pune, Ballarpur, Visakhapatnam, Vadodara and Ahmednagar, all of which earlier had a single-star rating.

The ratings take into account a score of factors like availability and accessibility of storage bins, processing of wet and dry wastes, processing of on-site wet waste, dumpsite remediation and redressal of public grievances on related matters among others.

The star rating system had been devised under Prime Minister (PM) Narendra Modi's first tenure to assess the progress made by different cities to become cleaner, while also encouraging them to do better by improving the aesthetics and cleanliness in a competitive fashion.