Tackle Unemployment Or Pay For It? MP To Provide Jobless Urban Youths With Rs 13,000 Per Year, Minimum Work-Days 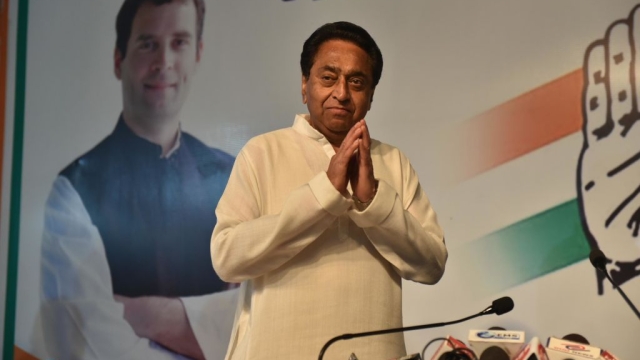 Meeting one of its pre-poll promises, the Congress government of Madhya Pradesh yesterday (Thursday, 7 February 2019) announced the launch of the ‘Yuva Swabhiman Yojana’ scheme which is aimed at providing jobless urban youths from poor families with a hundred days of employment, 10 days for training, and a stipend of Rs 13,000 per annum, reports Business Standard.

Another scheme which has been unveiled by the state government is the ‘Indira Grah Jyoti Yojana’ which will supply each household with up to 100 units of power at Rs 100.

These major announcements come a day prior to the ‘Aabhar Sammelan’, a rally comprising of farmers who received loan waivers under the new government and which is to be addressed by Congress president Rahul Gandhi.

"Under the Yuva Swabhiman Yojana, youths between the ages of 21 to 30 having annual family income of less than Rs 2 lakh will be eligible," Urban Administration Minister Jaivardhan Singh said.

The scheme is estimated to cost the state exchequer Rs 800 crore.

Energy Minister Priyavrat Singh explained that the Indira Grah Jyoti Yojana will be applicable to all sections of society, which includes those from general classes; it comes with a caveat that if the general users go over the 100 unit limit, they will have to pay the cost of the entirety of the electricity consumed.

Beneficiaries of previous schemes such as Sambhal and Saral will also be avail of these new benefits.

In another move meant to help farmers, the state cabinet approved the halving of the rate of power for pumps of up to 10 horse-power, meaning that per unit the cost has dropped from Rs 1,400 to Rs 700.