Tackling The Menace Of Pollution In NCR: Delhi Metro Sees An Addition Of 21 Trains 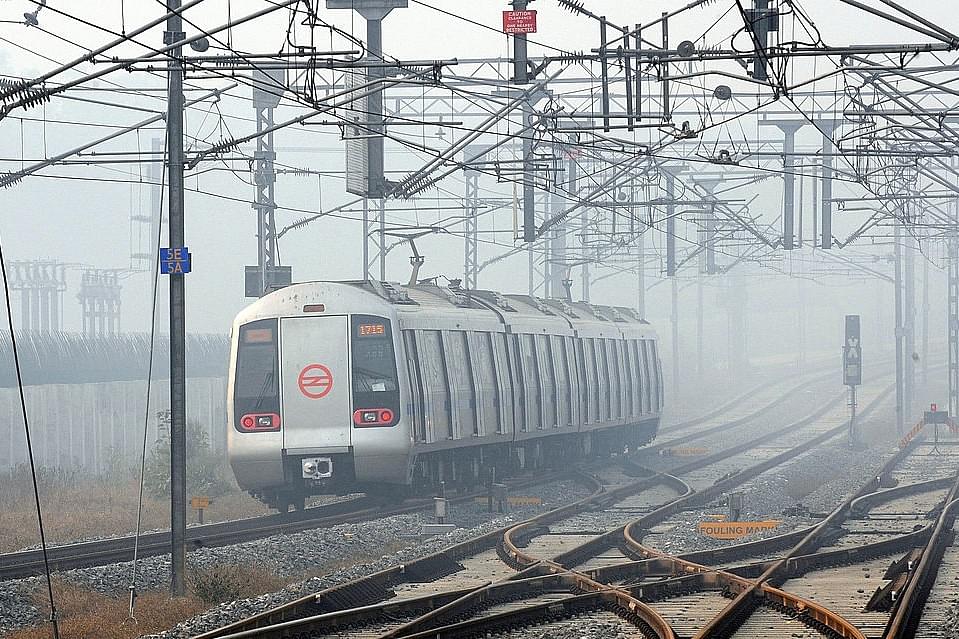 A metro train runs between Dwarka and Noida on a foggy morning in New Delhi. (Photo credits: PRAKASH SINGH/AFP/Getty Images)

In order to fight the increasing air pollution in Delhi-National Capital Region (NCR) Delhi Metro (DM) on Wednesday (31 October) announced an increase in the number of trains on the metro network, India Today reported.

The air pollution in the Delhi-NCR has reached the brink of turning severe as the overall air quality index in the national capital was recorded at 392, falling in the ‘very poor’ category, and just eight points away from the ‘severe’ category.

The Supreme Court appointed Environment Pollution Control Authority (EPCA) had noted that private vehicles in Delhi contributed to 40 per cent of pollution in Delhi-NCR and urged the citizens of Delhi to use public transport for 10 days of November to keep a check on the pollution.

Keeping this in mind, Delhi Metro Rail Corporation (DMRC) has taken the initiative and introduced an additional number of trains on its network to carry a higher number of people.