‘Take Lead In Aatmanirbhar mission, I Am With You’: PM Modi To India Inc While Launching Auction Of Coal Mines 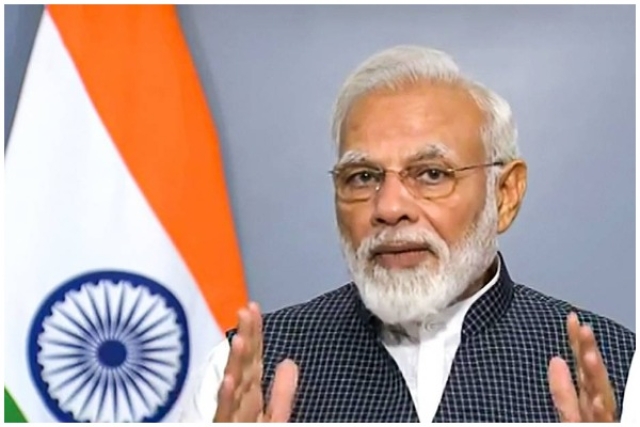 Assuring his support to India Inc, Prime Minister (PM) Narendra Modi on Thursday (18 June) urged corporate leaders and the business fraternity to lead the country in becoming self-reliant across sectors and products as envisaged under the Aatmanirbhar Bharat campaign.

Speaking at the launch of the coal mines' auction for commercial mining, he said opening up of the sector will make India self reliant in terms of mineral and in course of time India will become an exporter of products it has been importing so far.

Noting that within months India has become a major producer of masks and personal protective equipment (PPE), he said that India will soon be an exporter of critical medical equipment.

Appealing to the industry to invest more and set the ball rolling, the Prime Minister said, "Come forward to take the lead. It is a chance to change history for the Indian business fraternity and those leading India's services sector. I am with you"

Talking of the auctions of coal mines, he said that the process has started at a time that the Indian economy has reopened and is showing signs of getting back to the growth path.

"All these indicators show that the Indian economy is ready to bounce back at greater speed."

Launching the auction of coal mines for commercial mining, Modi said that the coal sector has finally been pulled out of decades in lockdown and has been liberated.

Noting that India despite having the fourth largest coal reserves in the world was importing coal so far, he said that the move will make India self reliant in terms of coal and also create lakhs of job opportunities.

Modi said the opening up of commercial coal mining will help people of Eastern and Central India in terms of jobs and prosperity.

"Today, we are not just launching the auction of commercial coal mining but are also pulling out the coal sector out of years in lockdown," Modi said during the video address at the launch programme.

Talking of environmental concerns he said that it has been taken care that India's commitment towards the environment is not compromised while reforming the coal sector and the objective of gasification of coal is in that direction.

He said that the Centre aims to gasify 100 million tonnes of coal by 2030 with an investment of Rs 200 billion.