Taking The ‘Aham’ Out Of Politics: SC Expresses Anger At ‘Defacement’ Of Natural Environments, Orders Action 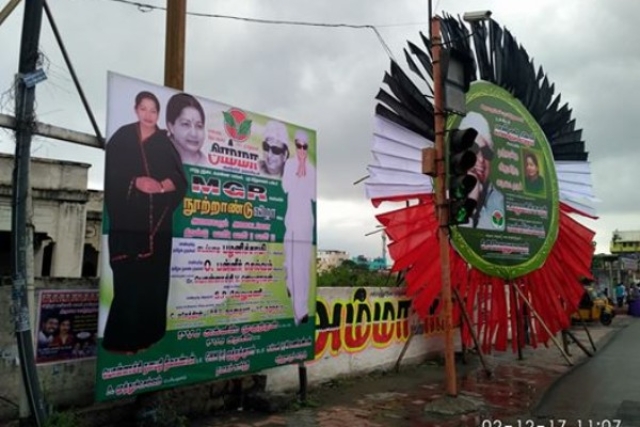 The Supreme Court is upset with state governments for defacing the natural environment with cut-outs and photos of advertisement-hungry politicians. Such sights of leaders putting up in-your-face images all across cities and the hinterland, thereby affecting the natural scenery, has got the apex court riled, reports The Hindu.

Directing the Tamil Nadu counsel, Yogesh Khanna, on the matter, Chief Justice Ranjan Gogoi said, “You (Tamil Nadu government) cannot allow the defacement of the entire environment with political slogans and pictures of politicians. This has to stop now.”

The three-member bench also comprising Justices S Abdul Nazeer and Sanjeev Khanna, directed the TN government to revert to the court in two weeks with action taken to stop defacement of the natural landscape with political imagery.

The order came in response to a Special Leave Petition filed by a group named ‘In Defence of Environment and Animals’ represented by ‘Elephant’ G. Rajendran, who pleaded that candidates who refuse to remove such self-aggrandizing billboards and imagery be disqualified from political participation ‘with immediate effect’.

The petition challenged an order issued by the Madras High Court on 3 March 2017 which stated that a solution could not be found overnight due to “paucity of official staff and machinery”.